A Horrific Korean War Battle Is Now A Haunting Animation

An animated film, produced by Veterans Expeditionary Media and HOPR studios, illustrates the terror and ferocity of the Battle of... 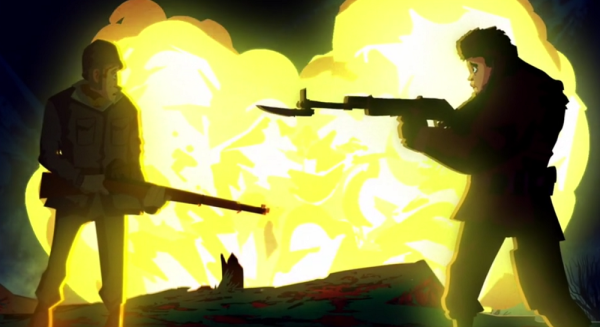 An animated film, produced by Veterans Expeditionary Media and HOPR studios, illustrates the terror and ferocity of the Battle of Chosin Reservoir, as well as the extraordinary resolve of the Marines who fought there. The film, “CHOSIN: Baptized by Fire,” was released in June 2014 on Vimeo and depicts the brutal combat of one of the Korean War’s most decisive battles, which lasted from Nov. 27 to Dec. 13, 1950.

Surrounded by 120,000 Chinese soldiers, roughly 15,000 American soldiers and Marines struggled to hold a 15 foot-wide mountain pass against a determined onslaught by a numerically superior enemy force. It was also North Korea’s coldest winter in 100 years.

A surprise attack by Chinese forces pinned down and trapped Fox Company, 2nd Battalion, 7th Marines, who had to survive for days on their own with no resupply, relying on each other and Marine and Navy close-air support.

The battle ended when the beleaguered American forces made the longest withdrawal in American military history — it took roughly two weeks and covered 78 miles — as the survivors punched through Chinese lines and regrouped with other units pinned down along the way. The battle led to the iconic line: “Retreat, hell! We’re attacking in a different direction.” The battle, and those who served there, earned the moniker “The Frozen Chosin.”

Adapted from the graphic novel, “Chosin: Hold the Line,” the short animation follows Pfc. Bill French who, while delivering mail, becomes trapped at Fox Company’s position when a massive surprise attack by the Communist Chinese Army entraps and nearly overruns the Marines’ position.

As the soft lime-green glow of a flare falls over the battlefield, French comes face to face with his attacker and sees not a monster, but a young man with an innocent and frightened face. The unnamed Chinese soldier wears the same shocked expression as French. There’s a brief moment of humanity, as the eyes of two terrified young men meet amid the lurid light of flares, punctuated by the sporadic flash of gunfire.

Watch the short film below.