What can be said about the Army’s sleek new marketing campaign that isn’t glaringly obvious? I assume that by this... 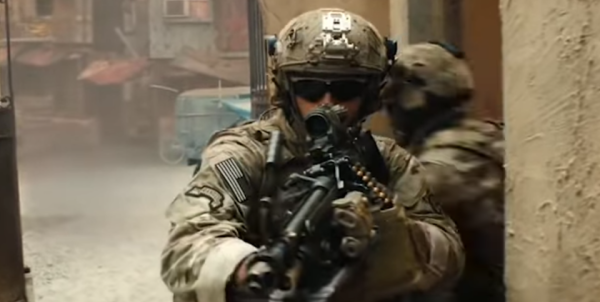 What can be said about the Army’s sleek new marketing campaign that isn’t glaringly obvious?

I assume that by this point we all know that we’re not “winning” the War on Terror. And that running full speed through an insurgent-infested village is pretty much a guaranteed way to get blown up by an IED. And that not everyone in the Army is “capable of split-second decisions, extreme focus, and superhuman endurance.”

And that if a private first class in the 101st Airborne Division refers to himself as “elite” within earshot of another soldier he will be belly-slapped like a bongo drum until his belly button falls off. These are the facts, of course, in spite of the Army’s latest and greatest recruiting commercial and “Warriors Wanted” campaign.

Last month, the U.S. Army Recruiting Command (USAREC) revealed that it fell short of its recruiting goal for fiscal year 2018 by 6,500 new soldiers. It wasn’t for lack of trying. Recruiters have been working overtime to beef up the ranks since President Barack Obama left office.

As usual, Army leadership highlighted the low unemployment rate in its explanation for failing to meet its quotas. Recruiting success largely depends on the health of the economy. But there isn’t a shortage of young, able-bodied Americans eager to serve.

It’s just that the Army doesn’t want to be a repository for people who can’t find civilian jobs, as it was at the height of the wars in Iraq and Afghanistan. It wants access to the same hot talent pool as, say, Facebook and Google. Diversity is also a big priority. Which is why USAREC now plans to ramp up recruiting efforts in major cities across the country, including liberal strongholds, like New York and Los Angeles, where recruiters have historically struggled.

That is how we ended up with #WarriorsWanted, a marketing strategy designed to appeal to risk takers and adventure-seekers — in other words, people who wouldn’t necessarily be drawn to military service for the steady paycheck and benefits.

And nothing says the world is your oyster quite like a 30-second video featuring heavily-armed commandos laying waste to a town in the Middle East. Or at least that appears to be the setting for the Army’s “Who We Are” commercial, which debuted on Oct. 18 as part of the campaign.

It’s hard to say for sure where our fictional heroes are doing all of this ass-kicking. Who or what they are shooting at is also mystery. And what the fuck happened to the rules of engagement?

The point is, what you’re about to see is a grossly inaccurate depiction of what it’s like to go to war with the United States Army.