Arnold Schwarzenegger and the U.S. military have at least one thing in common: they're both worried about climate change. The … Continued 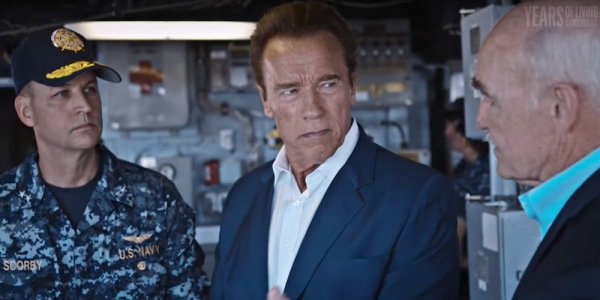 Arnold Schwarzenegger and the U.S. military have at least one thing in common: they're both worried about climate change.

The actor and former Republican governor of California recently visited Naval Station Norfolk, the largest naval base in the world, to see how it's under threat from climate change.

The Arnold has never shied away from his opinions about climate change.

“I don't give a damn if you believe in climate change,” Schwarzenegger wrote on Facebook in 2015.

“Do you believe it is acceptable that 7 million people die every year from pollution?” he asked. “That's more than murders, suicides, and car accidents — combined.”

Neither have the U.S. military's top brass been shy. In fact, American military leaders have been warning about the threat of climate change to U.S. national security since at least 2003.

“Right now, our best estimate is approximately a two-foot rise by the year 2050,” the admiral said.