As far as I’m concerned, 'Battle: Los Angeles' is the greatest post-9/11 military movie. Here's why 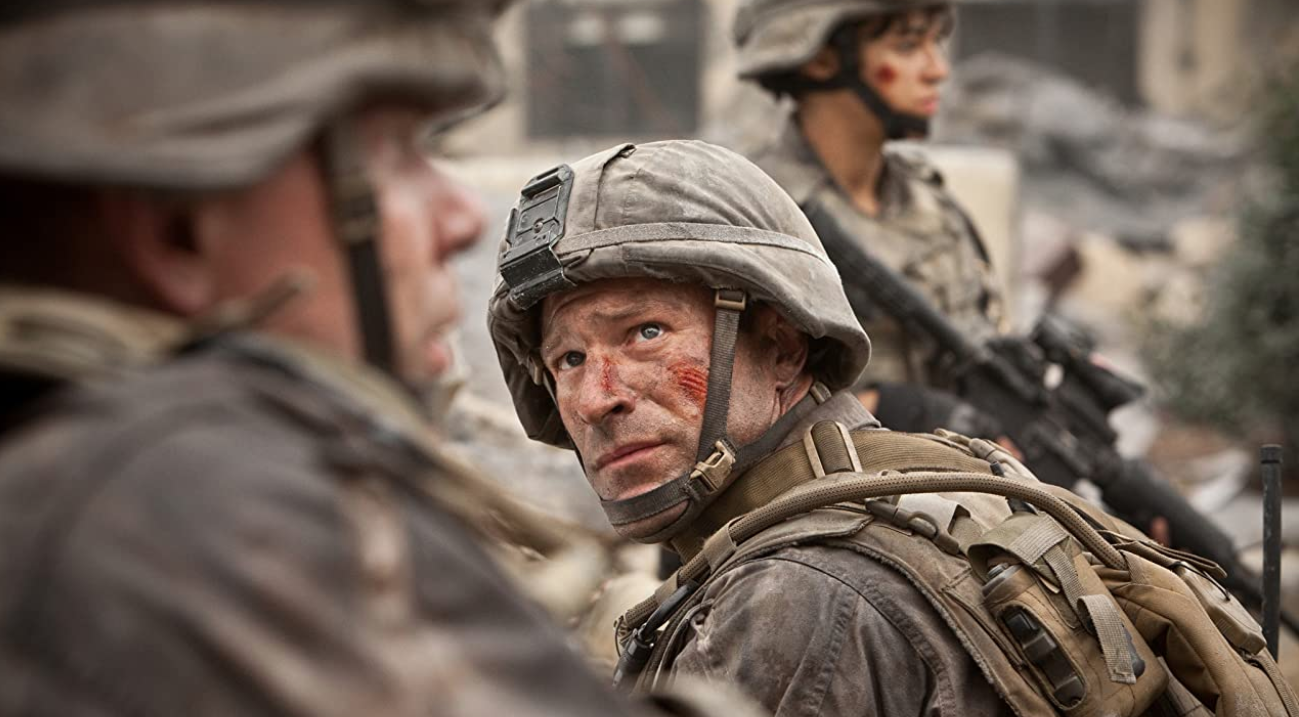 Now, just hear me out. I get that this is both high praise for a movie about how a Marine rifle platoon saves the world from an alien invasion and a damning critique of other films that take place during the United States’ longest era of enduring conflict. While a few recent movies about America’s Forever Wars, like The Outpost, were unquestionably good, I’ve got to hand it to a flick that feels like it was written by an incredibly bored Marine standing post. And no, that isn’t an insult.

The movie kicks off with unidentified flying objects making landfall off the California coast. Very quickly, reports start coming in that this is actually the first wave in a coordinated alien invasion. National defense forces are mustered, among them a platoon of Marines from Camp Pendleton led by 2nd Lt. Martinez (played by Ramon Rodriguez) and Staff Sgt. Nance, a crusty and battle-tested infantryman played by Aaron Eckhart who’s assigned to the unit at the last second.

A square-jawed man of few words, Nance is the quintessential movie Marine. In Nance we get a walking, talking, alien-slaying advertisement for the Corps who kicks space-invader ass, routinely shouts “retreat hell,” the unit motto for 2nd Battalion, 5th Marines, and pulls off some “real John Wayne shit” when he destroys an enemy drone and half a city block.

Where other sci-fi movies or superhero flicks might include a brief cameo from the military, it’s usually little more than digi-pattern window dressing. Consider the National Guardsmen in Man of Steel who spent most of their time onscreen watching Kryptonians duke it out in small-town America or the F-22 Raptor that got absolutely shredded by a genius, billionaire, playboy, philanthropist in Iron Man.

However, the Marines in Battle: Los Angeles actually get shit done. They rescue civilians, fight their way through enemy ambushes, and with the help of a lone airman, figure out how the aliens are coordinating their attacks and controlling their fleet of unmanned spacecraft before eventually blowing the whole damn thing up.

In many ways, Battle: Los Angeles is 116-minutes of enlistment goggles. But what makes the movie so effective at this, is how selective it is when it comes to realism. Do you know what’s missing? First sergeants screaming at Marines for walking on the grass — doesn’t matter if they were bounding across it to kill aliens: Walk around, Marine. At no point was anyone told to “shut the f–k up,” or called “a dumb boot,” and not once does Lt. Martinez reference his training at The Basic School in Quantico while talking with Staff Sgt. Nance.

Instead, we get a smattering of little moments that feel so true to active-duty military life that you might even miss them on your first go-round of the movie. For instance, when Cpl. Stavrou (Gino Anthony Pesi), runs through the barracks asking the other Marines who took his Chicken Tortellini MRE. Who cares that they’re about to have a violent encounter of a third kind — he grabbed it first. It’s the kind of mundane, but all too real moment that plays out in barracks’ and squad bays at home and abroad.

Or, there’s the scene where the platoon is making their way down a smoke-filled street, and the point man sees movement ahead but realizes it’s a dog. So, he naturally calls out “dog,” which is then repeated by every Marine along the line. For anyone who’s ever been on patrol or a long hike with bad visibility, it’s reminiscent of all those times you heard “hole,” “hole,” “hole…” echoed by each passing Marine.

And during the combat scenes, even when the Marines are caught off-guard, they reload from behind cover, exercise trigger discipline, and when it comes time to go on the offensive during the climactic battle, they buddy-bound, with one Marine moving forward while another lays down suppressing fire.

With the exception of the cast’s inability to pronounce “FOB,” these moments provide an unexpected level of realism to a storyline otherwise devoid of it. It’s a welcome contrast to other post-9/11 military movies that strive for authenticity but frequently miss the mark.

It often feels like movies set during the Global War on Terrorism fail when they attempt to attach a neat and tidy narrative to an era of conflict that’s defined by its uncertainty and, at present, its lack of a clear resolution. That, or they go too far into the realm of hero worship that their protagonists come across as little more than two-dimensional caricatures, stripped of any depth or complexity.

But Battle: Los Angeles gets to sidestep these pitfalls. Nobody goes into a movie about earth grunts battling space grunts expecting it to address the messy moral ambiguities of our current wars, or any, for that matter.

Instead, we just get to sit back and enjoy the gung-ho motivation, as we watch good guys fight bad guys, aliens vs. Marines. Battle: Los Angeles pulls this off because it fully embraces what it is: pure fantasy and post-9/11 escapism. It’s a world in which American grit, ingenuity, and heroism pave the way to victory — which doesn’t always happen in real life.