Let's hope they don't screw this up. 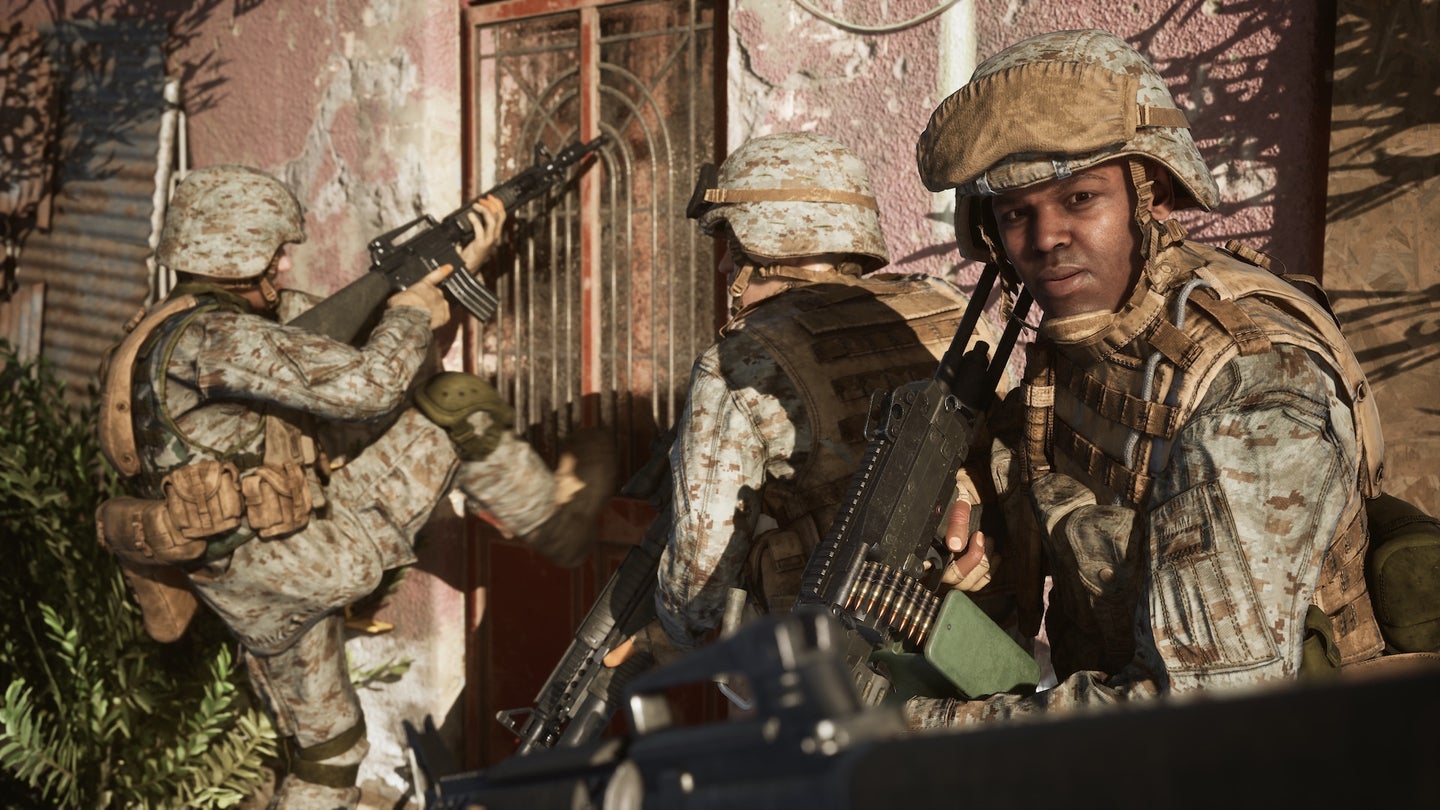 A video game about the deadliest battle of the Iraq War is once again back in production, nearly 12 years after the project was abruptly cancelled following widespread criticism.

On Thursday, Highwire Games released a teaser trailer for Six Days In Fallujah, a new video game set to release in 2021 that recreates the real-life stories of Marines, soldiers, and Iraqi civilians from the Second Battle of Fallujah during the Iraq War, and places players in their shoes during the bloodiest urban battle since the Vietnam War.

At least that’s a brief synopsis and one that doesn’t begin to scratch the surface of that battle, the incredible costs borne by those Marines and soldiers who waged it, and the civilians who survived it, nor does it address the controversy that arose when the title was first announced back in 2009.

So, let’s have a brief history lesson.

In November 2004, a force of soldiers and Marines launched a massive assault into Fallujah in Al Anbar province, Iraq, seeking to retake it from the hands of insurgents who were walking free through the streets and operating openly.

The battle was the second attempt by U.S. troops to take the city, after an earlier assault on the city in April 2004 stalled. The First Battle of Fallujah took place after four American contractors working for Blackwater were killed and had their bodies dragged through the city’s streets. Photos sent to news agencies worldwide showed a cheering crowd gathered around the men’s bodies, which were displayed on a bridge over the Euphrates River. The initial fight to take the city was called off amid political pressure from the Bush administration.

Months later on Nov. 7 the Second Battle of Fallujah, officially dubbed Operation Phantom Fury, began and stretched on into December, turning the city into an urban battlefield. The ground force, spearheaded by Marine infantrymen, fought street by street, and house by house for every block they took. Each building had to be cleared, and in it, each room. Ambushes were frequent, and the number of casualties and the dead were staggering.

Eighty-two American service members were killed, and more than 600 were wounded. About 2,000 insurgents were killed, according to U.S. military officials. Several hundred civilians died.

In the Marine Corps, the battle and its veterans, are regarded with reverence, due to the stories of valor and sacrifice that followed. For those who enlisted in the years after, the names and deeds of Marines like Douglas A. Zembiec, Bradley Kasal, and Rafael Peralta were memorized at boot camp and Officer Candidates School.

With that in mind, it’s time to turn back to the news at hand: Someone is making a video game about all that.

Joining Highwire Games on the project is Victura, a publishing and production company founded in 2016 by Peter Tamte, the former CEO of Atomic Games, the company behind the failed attempt to get the game off the ground 12 years ago.

“It’s hard to understand what combat is actually like through fake people doing fake things in fake places,” Tamte said. “This generation showed sacrifice and courage in Iraq as remarkable as any in history. And now they’re offering the rest of us a new way to understand one of the most important events of our century. It’s time to challenge outdated stereotypes about what video games can be.”

The game’s developers certainly have their work cut out for them, given the title’s fraught history. After Six Days In Fallujah was first announced in 2009, the title faced swift backlash over accusations that it was using a then-ongoing war as fodder for entertainment. Critics were especially outraged over reports that the game might have allowed players to play the insurgents, or that it would reenact the maiming or killing of real-life American troops. A Fox News segment that aired following the initial attempt to produce the game back in 2009:

The developers say the when the game comes out in 2021, it won’t include any campaign missions in which players are insurgents, nor will they be able to play as insurgents during multiplayer matches based on actual events. Additionally, the game “will not recreate the death of a specific servicemember during gameplay without their family’s permission. Instead, Marines and soldiers describe the sacrifices of their teammates during video interviews.”

It’s notable that should this latest attempt be successful, it will be the first time the battle has been portrayed on screen, not counting documentaries or a brief spot in films such as American Sniper. To date, the battle from the perspective of the rank and file grunts who fought and won it still has not been recreated in film or television.

Past controversies aside, Six Days In Fallujah presents a unique opportunity to tell the story of the Second Battle of Fallujah, and those who waged it. Though it comes with a high risk of failure, and some (very reasonable) concerns that it might amount to little more than Call of Duty: Real World Edition.

But the game’s creators don’t seem to be worried. To produce Six Days In Fallujah, the developers worked with more than 100 Marines, soldiers, and civilians who survived the bloody ordeal and overlaid their stories onto the game itself, in an attempt to build “the most authentic military shooter to date and to tell these military and civilian stories with the integrity they deserve,” reads a statement on the game’s website.

And here’s where I, personally, get a little optimistic. Based on the trailer, and press statements from the developers, Six Days In Fallujah will base its individual missions on accounts of those who were there, and you’ll hear their voices and see their faces alongside you, as you play.

“There’s such a fear,” a man says in the trailer. His name is not given, but he’s presumably a Marine veteran who fought there. In the next scene, a CGI version of him is seen stacked up outside of a door, as he narrates his own in-game actions. “So you’re standing in front of a door, and you kick down that door, and there’s a sense of relief. You only felt it if you survived.”

While it seems likely that players will spend most of their time in the boots of Marine infantrymen during the battle, some missions will see them cast as servicemembers from partner nations, and at least one in the single-player campaign will focus on the perspective of an unarmed Iraqi civilian trying to flee the fighting.

Given that gaming is, naturally, a wholly different medium than film, there’s a chance that a video game could give players a very small taste of what that experience felt like; the fear that comes with rounding a corner, not knowing what’s ahead, and that release of tension when a room you just entered is empty. Or the chaos and violence that follows when it isn’t. A game can impress upon the audience the sheer will it must have taken those on the ground to urge themselves forward and repeat the process again, and again, house after house, room after room.

If successful, the Six Days In Fallujah could go a long way to upending established norms in how modern warfare is depicted, both in gaming and entertainment more generally. It could be a way to push back on the all-too-common depictions of combat as a constant run and gun firefight, with ‘bad guys’ who are easily distinguishable from ‘good guys’ or civilians. Few games to date have been able to convey the confusion and fear that comes with modern combat. If handled correctly, perhaps Six Days In Fallujah could. However, failure to do so would risk trivializing the suffering, sacrifice, and heroism of so many.

In many ways, I’m rooting for it, though it’s more out of desperation than anything else. There is no margin for error with Six Days In Fallujah. In that way, at least, it’s somewhat similar to the actual battle on which it is based.

Related: 8 unbelievable stories from the Second Battle Of Fallujah