Bruce Willis will return to the big screen to die hard, again, in one final installment in the acclaimed Die... 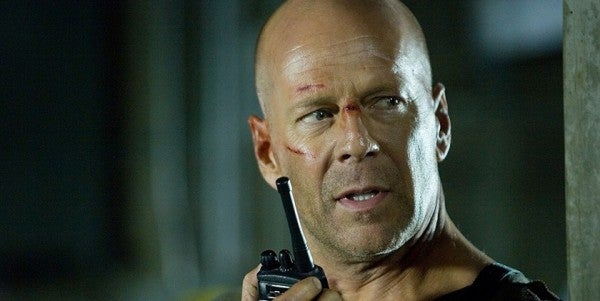 Bruce Willis will return to the big screen to die hard, again, in one final installment in the acclaimed Die Hard action franchise, according to Deadline. And based on initial reports, the next flick will be unlike anything we’ve seen before.

The still-unnamed sixth Die Hard film, directed by Len Wiseman of the Underworld franchise will be a combo prequel/sequel starring Willis as the aging, but unstoppable shoeless super cop John McClane, alternating between present day and his time cutting his teeth as a beat cop in a gritty 1970s New York City.

Related: Why ‘Die Hard’ Is The Greatest Christmas Movie Of All Time »

Given that the movie is billed as both a sequel to 2013’s A Good Day to Die-Hardand a prequel to 1988’s Die Hard, it seems likely that McClane’s backstory will be told through flashbacks. Casting for the younger McClane is underway, so we can at least rule one thing out: We will not see Willis slathered in makeup and wearing a wig in an attempt to pass as a wet-behind the ears rookie cop 40 years younger than he really is.

“The right casting for this role is crucial,” Wiseman told Deadline. “Those bare feet have some very big shoes to fill.”

But perhaps Wiseman will eschew the typical flashback for narration by a hard-bitten but nostalgic Willis regaling the assembled guests at a (non-violent) Christmas party. Seeing an older McClane recalling his adventures with the wisdom of hindsight could be a good opportunity to humanize the indestructible star of the franchise during his last hurrah. It’s something the 62-year-old actor has done before in both Red films and G.I. Joe: Retaliation, playing up his character’s age with a reference to a bad back, knee, or high cholesterol while still managing to kick the crap out of goons 20 or 30 years his junior.

Or, perhaps we’re thinking about this all wrong. After all, we’re talking about John motherfucking McClane here; there’s no way he’d sit on his haunches regaling folks in goofy Christmas sweaters (seriously, this better have a Christmas theme). No, he’d be out dropping nefarious terrorists from high-rise buildings, leaping off of bridges, buses, and, if there’s any justice in the world, at least one jet.

Details regarding the new film are scarce, but one thing is certain: the script better include at least one “yippee-ki-yay, motherfuckers!”