There is no fake Navy pilot cooler than Lt. Pete “Maverick” Mitchell from the 1986 cult classic Top Gun. Well,... 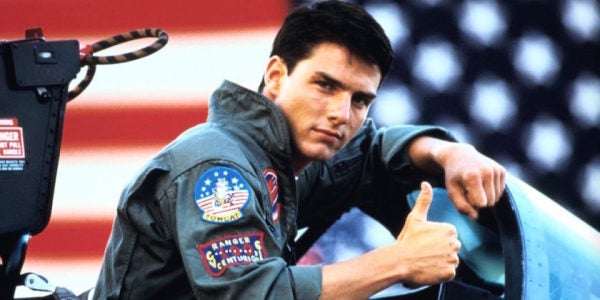 There is no fake Navy pilot cooler than Lt. Pete “Maverick” Mitchell from the 1986 cult classic Top Gun. Well, now you may be able to suit up and finally live out your childhood aviator fantasy, thanks to an online auction. The flight suit worn by actor Tom Cruise in his portrayal of Maverick is going up for bid on Sept. 26, according to Back to the Movies, an English movie news site.

Unfortunately, it’s a purchase that may put your wallet on the highway to the danger zone. The news site reports that to win the auction, bidders will likely need to front as much as $40,000 (around £30,000).

The auction will run through a site called Prop Store Auction, which has a timer counting down until the sale goes live.

But Maverick’s flight suit isn’t the only item available to burn up all your savings. Other swag up for auction includes Indiana Jones’ bullwhip, Thor’s hammer, C-3PO’s head, and Pulp Fiction’s “bad motherfucker” wallet.

We figure you can don the suit for the upcoming Top Gun sequel, expected to premiere in 2019; dress up in the ultimate Halloween costume; or just wear it around your house and reminisce about the ’80s while wondering what the hell happened to Tom Cruise.

We guess this means he won’t be in a flight suit when he reprises his role for Top Gun 2. Maybe this is a hint that Maverick drives a desk now.