Editor's note: This article was originally published on December 21, 2016 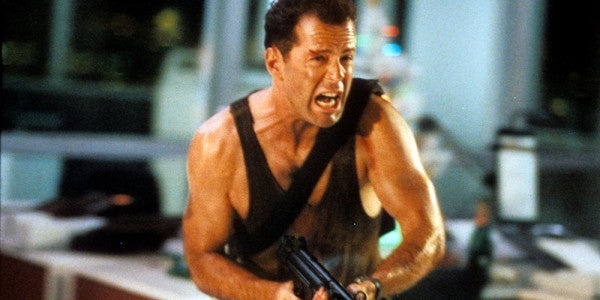 It may not seem like a Christmas movie at first, but Die Hard hits all the marks, if you think about it, it’s basically “Home Alone,” but with live ammo. McClane sneaks about, setting traps, like Kevin McCallister from “Home Alone.” He’s even rescued by an unassuming ally, Sgt. Al Powell, the beat cop who comforts him over the radio and shoots one of the villains at the end, saving McClane. If this doesn’t sound familiar, think about the old man with the shovel who rescues another holiday hero at the end of a different Christmas classic.

Yep, Die Hard has more in common with Home Alone, than it does with Lethal Weapon, another 1980’s action movie set during the holidays. There’s the line — Die Hard qualifies as a Christmas movie, Lethal Weapon does not.

Then there’s our protagonist, John McClane, a loveable but rough-around the edges father flying across the country to meet his wife (they’re separated) and two kids for the holidays. Hoping to patch things up, McClane comes bearing gifts, like a gigantic teddy bear for his kids, and a dead bad guy bedecked with a Santa’s hat and a message for Hans Gruber.

Yes, it may be unconventional, bloody, and have more swear words in it than people are used to hearing in holiday movies, but don’t be fooled Die Hard is without a doubt a Christmas movie, and since it’s one of the few that has partial nudity and tons of dead bad guys, that also makes it the best.