Before He Died, Avicii Gave Us One Of Dance Music’s Greatest Military Tributes 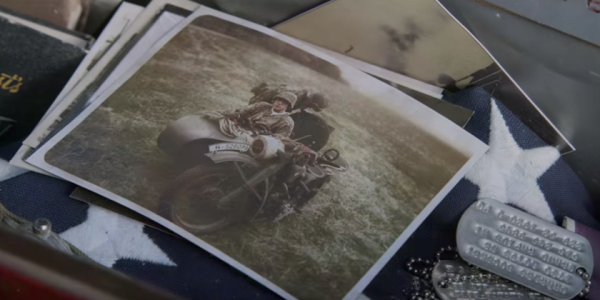 EDM is not a musical style typically associated with patriotic themes, which tend to be more the province of country artists and metal bands. But with the video for “Hey Brother,” released in 2013, the Swedish-born musician, born Tim Bergling, gave us an unexpectedly moving tribute to the U.S. armed forces.

Bathed in gauzy light, the video depicts a Mayberry vision of America in the late sixties, with two young brothers riding bikes and catching fireflies. As the younger boy digs through a box of his father’s military keepsakes, scenes from the Vietnam War are intercut with the action back home. Sparklers from a Memorial Day barbecue fade into old footage of napalm being dropped and artillery rounds fired. A penny flattened on a stretch of railroad tracks dissolves into the brass button on a Marine’s dress blues as he prepares to bury a fallen comrade in a local military cemetery. And as the song’s inescapable fanfare blares, we see another Marine playing taps.

In the end (spoiler alert), it turns out that the older brother is in fact the ghost of the kid’s father, who was killed in combat. “Why do you have to go, Dad?” he asks in voice over. “Promise,” comes the reply, “I’ll be back in no time.” Either that, or the young boy thinks of his older brother as the father he lost. Something like that.

As sappy as it sounds, the video does tug at the heartstrings. True, it’s no “Fightin’ Side of Me” or “God Bless the USA” or even a “Bumper of My SUV.” But admit it, when you hear it in the grocery store, the song is actually kind of a banger.

Avicci retired from live performing in 2016, citing health issues, including pancreatitis connected to excessive drinking, according to Variety.