The legendary military test pilots who became America's first astronauts overnight will be getting their own series on the streaming platform starting Oct. 9 on Disney+. 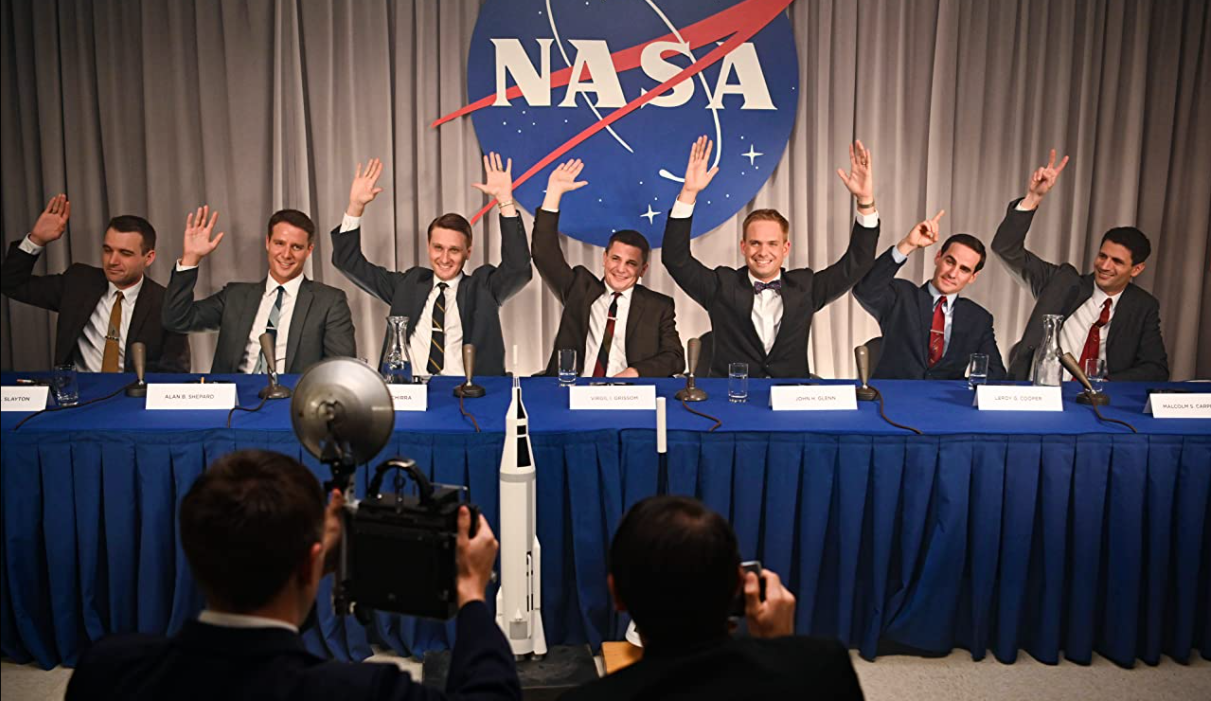 Look, I get it. Many of us are tired of reboots and sequels or prequels that are just reboots in disguise. Too often, they’re an excuse to slap some new graphics and young actors on a tried, tested, and tired storyline and call it new.

And while I don’t recall a horde of people clamoring for a remake of 1983’s The Right Stuff, which told the story of America’s race to the stars, I’m kind of stoked for it.

Premiering Oct. 9 on Disney+, the legendary military test pilots who became America’s first astronauts will be getting their own series on the streaming platform.

The first season will kick off with a two-episode premiere set against the backdrop of the Cold War, amid fears that the United States’ place as a dominant world power is on the decline. The solution? Put a man into space, and eventually, on the moon.

Like the 1983 film of the same name, the series will chronicle the formation of NASA, and its army of brilliant engineers, mathematicians, and physicists, including rocket scientist Bob Gilruth (Patrick Fischler) and Chris Kraft (Eric Ladin), as they tirelessly work to beat the Soviets in the space race.

The series will focus on the Mercury 7, a group of highly skilled military test pilots who were hand-picked for the mission. In particular, The Right Stuff seems to center around Navy Lt. Cmdr. Alan Shepard (Jake McDorman), one of the best test pilots in Navy history and the first American to travel into space, and Marine Maj. John Glenn (played by Patrick J. Adams), the first American to orbit the Earth.

Glenn and Shepard are joined by Air Force Capt. Gordon Cooper (Colin O’Donoghue), the youngest of the seven; prankster and naval aviator Wally Schirra (Aaron Staton); Scott Carpenter (James Lafferty), nicknamed “The Poet” by the other astronauts; the taciturn Deke Slayton (Micah Stock), and Virgil “Gus” Grissom (Michael Trotter), a decorated veteran who went on to become the second man in space. Grissom was tragically killed along with fellow astronauts Edward White and Roger Chaffee when a fire swept through the command module of the Apollo 1 on Jan. 27, 1967.

Based on the trailer, the upcoming series seems to have a somber and thoughtful pace.

With luck, we’ll get a show that offers a close look at those who led America’s foray into space, not as larger-than-life figures, but as relatable human beings; service members and scientists who, along with their families, were thrust into the spotlight as the nation wondered and waited, wishing and willing the impossible to happen.

In the end, they succeeded in bringing a daring dream to life.

The Right Stuff premieres on Disney + on Oct. 9.