Everybody Loves Barstool Sports … Except The NFL

Barstool Sports is a news site known for its unabashed everyman coverage of everything from sports to politics to memes,... 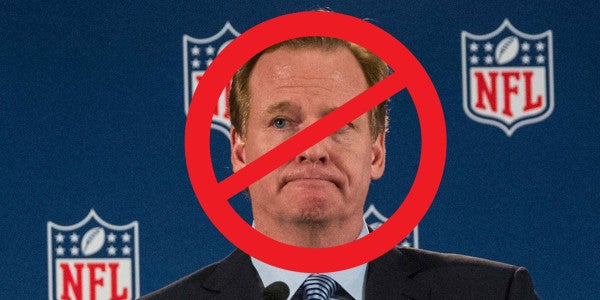 Barstool Sports is a news site known for its unabashed everyman coverage of everything from sports to politics to memes, and though it continues to grow in popularity, its hijinks have earned it a big enemy: the National Football League.

The reason, NBC reported, is that four Barstool Sports employees once organized a sit-in at the league offices to protest commissioner Roger Goodell’s handling of the infamous “deflategate incident” involving clearly innocent New England Patriots quarterback Tom Brady, causing him to be suspended for the first four games of the 2016 season (seriously guys, he didn’t deflate the balls).

When the Barstool staff refused to leave, they were arrested.

The league reportedly took their credentials because people who behave like that don’t deserve press passes, and they don’t think Barstool Sports is funny.

Barstool Sports simply responded, “Fuck Goodell.” And one of its reporters still managed to sneak into the NFL’s media day on Jan. 30. So maybe there is hope they’ll find their way to the Super Bowl to cover Brady’s glorious revenge win after all.