It’s 2014 in eastern Afghanistan. Under the cover of darkness, a small and highly trained unit of Navy SEALs are... 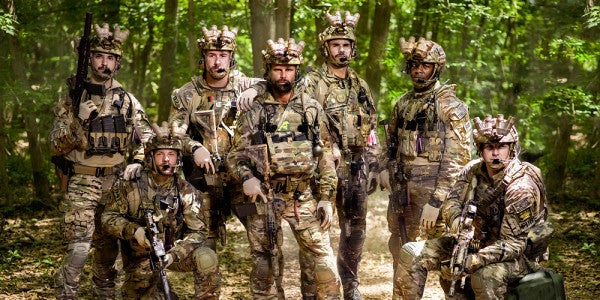 It’s 2014 in eastern Afghanistan. Under the cover of darkness, a small and highly trained unit of Navy SEALs are on a mission to secure a high-value individual. Unable to the find their target, they regroup and prepare to leave, but are ambushed. In the ensuing gunbattle, they capture a pair of men; one is an American working with the jihadist fighters the SEALs were tasked to track down.

The team’s leader Richard “Rip” Taggart steps forward, levels his rifle, and kills the unarmed man. The other is escorted away, with Rip’s teammates visibly shaken. This is the audience’s introduction to the principal character of “SIX,” HISTORY’s eight-episode, scripted series about the military’s elite SEAL Team Six.

There’s a lot at play in “SIX,” and while this is SEAL Team Six we’re talking about — a unit shrouded in mystery and tasked with the toughest and most dangerous missions imaginable — the plot is so outlandish, it’s beyond the realm of possibility.

But, it’s also a TV war drama so there’s going to be, well, drama.

The majority of the show is set two years after the operation in Afghanistan. Rip, played by actor Walton Goggins, has left the team, pushed out due to strained relationships with his teammates over the killing, and has taken up work as a contractor. While providing security at an all-girls school in Nigeria, Rip, the students, and the civilians he’s guarding are captured by Boko Haram and taken prisoner. Then, the exact same team he served with years earlier is tasked with rescuing him before he can be handed off to a jihadist terror cell, one which happens to be run by the brother of the unarmed man he killed.

“SIX” is just the latest series from HISTORY to pay homage to America’s elite operators, and draws heavily from accounts of actual Navy SEAL missions.

During one mission in the show, the SEALs track down a courier for Boko Haram and board a heavily protected shipping vessel, stealthily killing the guards inside, before detaining their target and then fighting their way off the ship. As they prepare to leave, the team’s newest member attempts to breach a steel bulkhead with an explosive charge, before Ricky “Buddha” Ortiz, the team’s breacher and a senior SEAL, waves him off. Buddha, played by Juan Pablo Raba of Netflix’s “Narcos”, knows the resounding explosion could be catastrophic to the team and quickly cuts through the door with a blowtorch.

There’s no shortage of action, but there’s also a clear display of technical knowledge and research on the part of the show’s producers, writers, and advisors. This gives the drama an air of authenticity, even while parading an incredible, if hard to believe, plot out in front of the audience.

The story is written by William Broyles, who wrote the screenplay for “Jarhead” and David Broyles, a military special operations veteran. “SIX” also brought on retired Navy SEAL Mitchell Hall as a technical advisor. Hall previously worked as an advisor on “Zero Dark Thirty” and “Lone Survivor.” To prepare for their roles as elite members of SEAL Team Six the actors went through training meant to simulate Basic Underwater Demolition/SEAL training.

Unlike many fictional dramas around special operations, “SIX” doesn’t put these men on a pedestal. Instead, it grounds them in home-life drama, ranging from one SEAL’s dealings with an estranged daughter, to another’s attempts to balance family life and his work on the team. Finally, there’s the struggle to maintain a clear head and moral compass amid back-to-back deployments. It’s an internal battle each member of the team fights throughout the series.

According to HISTORY, each season will take place in a different area of operations, with the first set predominantly in Africa. The first episode of “SIX” premieres on HISTORY on Jan. 18 at 10 p.m. eastern time.