‘Homecoming’ Somehow Makes Getting Out Of The Military Even More Terrifying

A intense new TV show focuses on the rehabilitation of veterans after their time in the military has ended —... 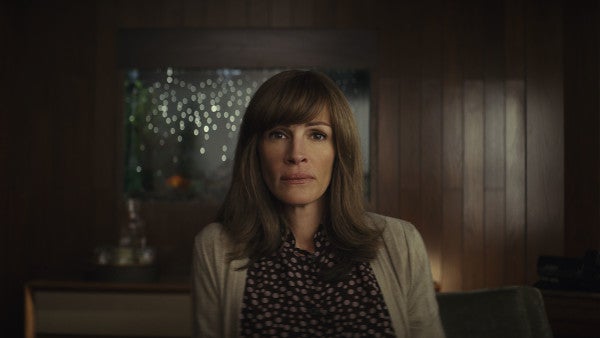 A intense new TV show focuses on the rehabilitation of veterans after their time in the military has ended — and not in the way you think. I’m talking about Homecoming, a new Amazon Prime series based on a podcast by Gimlet Media that is akin to an episode of Black Mirror, but on mixture of Xanax and anabolic steroids.

Homecoming follows the enigmatic story of a administrator at the veteran rehab facility (played by Julia Roberts) and the Department of Defense Inspector General employee who is attempting to investigate a mysterious tangle of corporate malfeasance despite an ever-increasing list of obstacles.

The creative visual design of Homecoming coupled with amazing performances leave a strong impression, and the trailers suggest that the series will prove a binge-able military thriller. But to really tease the mysterious show, Amazon put on an event in New York City to showcase their newest offering, which we were lucky enough to check out

The Department Of Defense takes IG complaints seriously.Hilary B Gayle/SMPSP

The event itself was a bit insane. It involved being picked up by actors pretending to be staffers from the rehab facility of the same name as the series, and then being processed into a mock version of the facility. As most likely the only veteran in attendance, the experience was incredibly surreal; attendees were thanked profusely for their service while they were ‘playing’ soldiers who were sent to the seedy rehab center for treatment. Frankly, The mock DD-214 issued to me was a delicious cherry on top of my evening, which came complete with a four-episode sneak preview of the series.

Getting my new papers, DD-214 and such, at the Homecoming event in NYC.

It’s always a good thing when you hit the end of an episode wanting to know more, and I certainly cannot wait to binge watch the rest of the series when it goes live on Nov. 2.

Check out the official trailer below!