Independence Day is an excellent moto movie, but it's not without its faults. Like many Hollywood blockbusters, it just can't seem to get the military right. 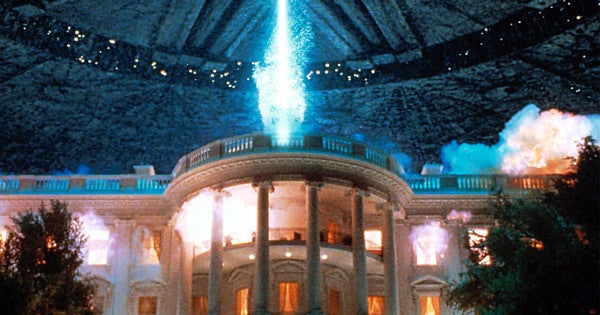 Independence Day is an excellent moto movie, but it’s not without its faults. Like many Hollywood blockbusters, it just can’t seem to get the military right.

There’s Will Smith’s character’s total disregard for Marine Corps grooming standards (even before the alien invasion), made-up or outdated rank insignia, and other minor service-specific infractions and breaches of protocol, like seeing Marines salute without covers and call each other soldiers. There are some more serious errors as well, like the horrible decision to nuke the aliens when their shields are up, but not when they’re down.

We’ve compiled all the military fallacies from Independence Day in one video, just for you.

So this Fourth of July, celebrate the way Gen. George Washington would want you to, by nitpicking wardrobe and tactical mistakes in a science-fiction movie while eating hot dogs, drinking beer, and angrily accusing Will Smith of stolen valor.