Warner Bros. has been teasing (and teasing and teasing) the living hell out of its latest trailer for upcoming “Justice... 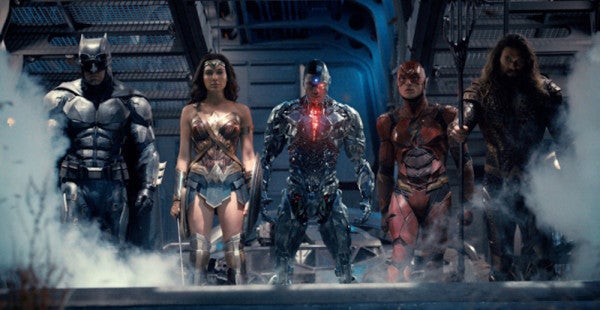 Warner Bros. has been teasing (and teasing and teasing) the living hell out of its latest trailer for upcoming “Justice League” movie, and the new spot doesn’t disappoint. Clocking in at just over two minutes and 30 seconds, we’re finally treated to our first glimpses of Batman, Wonder Woman, Aquaman, The Flash, and Cyborg in action — and it’s a glorious thing to behold.

Previous trailers focused on Bruce Wayne and Diana Prince’s efforts to assemble a squad of metahuman warriors to defend the planet from the imminent threat of Steppenwolf and his horde of ugly-ass parademons, but Saturday’s action-packed release may be the best reason yet to actually see “Justice League” when it hits theaters this November. Sure, DC and Warner Bros have had some misfires among critics in recent years — the extremely loud and incredibly gauche “Batman v. Superman” and jumbled “Suicide Squad” — but this footage suggests that “Justice League” may finally deliver the good, old-fashioned, super-powered ass-kicking that any childhood comic book fan wants to see on the big screen.

Plus, Jason Momoa’s Aquaman is pretty damn savage, which is certainly an upgrade from this goofy ocean royalty from decades past: