In March, actor Keanu Reeves was filmed destroying a three-gun relay drill, blasting several rounds into each of his targets,... 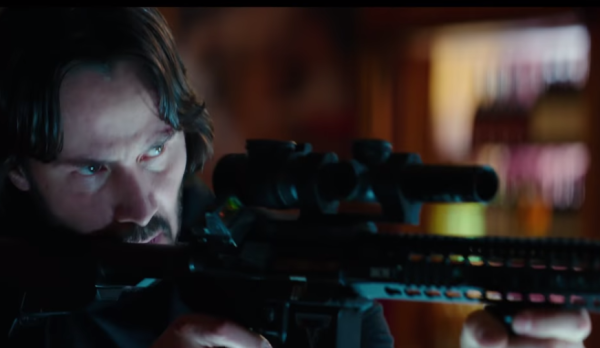 In March, actor Keanu Reeves was filmed destroying a three-gun relay drill, blasting several rounds into each of his targets, and throat-punching a dummy before unloading with his pistol, while training to reprise his role as an assassin in “John Wick: Chapter 2.”

The trailer was released at New York Comic Con over the weekend, and damn, Reeves looks operator as fuck.

The trailer opens in Rome and jumps to Reeves as former assassin John Wick, being measured for a suit, and when asked what style he would like, he replies, “Tactical.”

If you’ve seen the first film, you know that Wick isn’t exactly going off to a black-tie party to enjoy the cocktails. And after a series of jump cuts, we see Ian McShane back in his role as Wick’s mentor Winston, but it’s only for a brief scene before more car chases and shootouts ensue.

The trailer introduces rapper Common as the movie’s antagonist, while “Orange Is The New Black’s” Ruby Rose fights Wick in one scene, though little else is known about the plot.

What we do know is that there are tons of gunfights, and Keanu Reeves’ badass range training definitely paid off. The movie premieres in February 2017.

Check out the trailer below.