Dancing and fighting are two different skill sets. Of course, both require strength, agility, confidence, and grace. But dancing doesn’t... 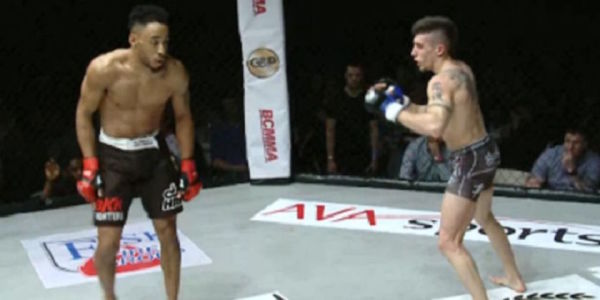 Dancing and fighting are two different skill sets. Of course, both require strength, agility, confidence, and grace. But dancing doesn’t win fights. Only fighting wins fights. British Challenge Mixed Martial Artist Joe Harding learned that lesson the hard way over the weekend during a title fight in England that ended with an embarrassing mid-dance defeat.

Harding got knocked out in the third round of his interim featherweight title fight against Johan Segas. As MMA Junkie reports, Harding had spent the first two rounds taunting his opponent with “dancing and showboating,” much like Cody Garbrandt did with surprising effectiveness prior to defeating Dominick Cruz in UFC 207.

Fly too close to the sun and you may get melted. #karMMA pic.twitter.com/91VCmOVSQ6

Harding, however, did not pull off the victory necessary to justify relentlessly mocking his opponent; although, prior to getting knocked out, Harding was doing pretty well. He got too cocky. In round three, Harding took a moment to do another shimmy. Then Segas kicked him in the face, knocking him out cold. It took Harding a few minutes to recover.