We all know John Cleese for his comedic portrayal as Sir Lancelot the Brave in the cult classic “Monty Python... 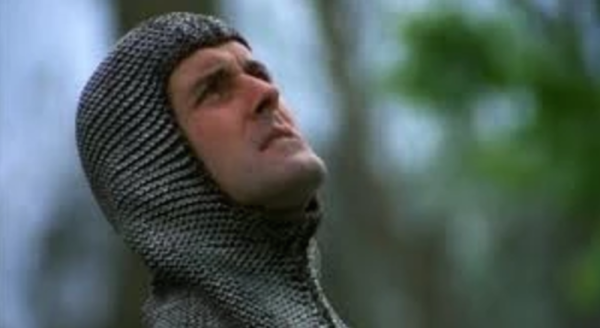 We all know John Cleese for his comedic portrayal as Sir Lancelot the Brave in the cult classic “Monty Python and the Holy Grail.” A lifelong comedian with decades of silliness under his belt, Cleese put on a serious face for the online ideas forum Big Think to address a major problem: political correctness.

“I'm offended every day,” he says. “For example, the British newspapers every day offend me with their laziness, their nastiness, and their inaccuracy, but I'm not going to expect someone to stop that happening.”

His two-and-a-half-minute video rant, first published in January 2016, is making the viral rounds again this week, having struck a nerve in viewers.

“I've been warned recently, ‘Don't to go to most university campuses,’” Cleese says, “because the political correctness has been taken from being a good idea… to the point where any kind of criticism or any individual or group could be labeled cruel.”

Cleese largely attributes the problem to people who cannot control their emotions, and instead want to control what others say and do. And it’s ruining comedy, he says: “The whole point about comedy, and believe you me I thought about this, is that all comedy is critical.”

But it’s not just comedy he’s worried about. Cleese also remarked that this kind of censorship can lead the world into Orwellian dystopia.

“If you start to think, ‘Oh, we mustn’t criticise or offend them,’ humor is gone,” Cleese says. “With humor goes a sense of proportion, and then as far as I’m concerned, we’re living in ‘1984’.”

Cleese says that it’s fine to be bothered by things. But instead of trying to prevent anyone from doing anything offensive, you can simply speak out about it if or when they do.

“The idea that you have to be protected from any kind of uncomfortable emotion is what I absolutely do not subscribe to,” he says.