The new year is right around the corner. January is such an exciting time. The glass is always half full,... 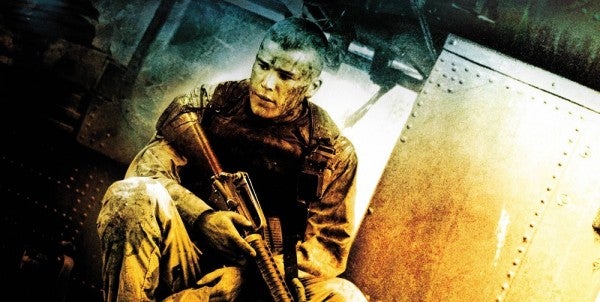 The new year is right around the corner.

January is such an exciting time. The glass is always half full, and there are so many resolutions left unbroken: Sure, you'll get to the gym this year. Remember how fit you were when you were on active duty? Let's bring that discipline back! So long couch potato and dad bod; 2019 is definitely the time to live a healthier more outdoorsy life. Hell, maybe you'll even sign up for Tough Mudder, or a Spartan Race…

Or, you could stay on that couch and binge-watch another month's worth of war movies and military shows. You can always make good on those new year's resolutions in February.

Good, glad we settled that. Here is your veteran's streaming guide to Netflix this January.

Every Indiana Jones movie ever

Yes, you read that correctly, on Jan. 1 everyone's favorite part-time archaeology professor and full-time puncher of Nazis will be on Netflix. Though unfortunately, that also means Indiana Jones and the Kingdom of the Crystal Skull is also coming to the streaming site.

It's okay, just take a note from Harrison Ford's playbook in Raiders of the Lost Ark and don't look!

Based on a true story, Ridley Scott's brutal war drama takes place in 1993 when United States special operations troops deployed to Somalia to support humanitarian relief operations and stem a tidal wave of violence. When an operation to detain a local warlord goes sideways, American troops are trapped in a city crawling with enemy combatants, and must fight tooth and nail to survive, and rescue those still if harm's way.

If you've never watched Black Hawk Down, set aside a quiet afternoon to do so when the movie hits Netflix on Jan. 1. The star-studded cast built one of the most accurate contemporary war movies out there, from the frenetic combat sequences to the small unit tactics, not to mention the interactions between the soldiers — the banter and the gags — all of which make it a must-watch military flick.

On the other hand, if you're just looking for manufactured Hollywood drama and action, then this romp through the jungle with a camo-face painted Bruce Willis will do the trick. The plot — from what I remember anyway — is that a team of Navy SEALs led by Willis are dropped off somewhere in Nigeria to rescue an American doctor who's in danger of being abducted by a local paramilitary group.

Though their orders are explicit, the team deviates from their mission and instead leads a column of refugees through enemy territory — so yeah, if you're in the mood for gratuitous violence and outrageous shootouts and gun battles, then Tears of The Sun will deliver when it arrives on New Year's Day.

Based on the graphic novel by Alan Moore, Zach Snyder's feature length superhero movie plants you in an alternate reality where super heroes aren't only real, but the U.S. military has its own living nuclear weapon. Dark, brooding, funny, and gory as all hell (it is DC comics, after all) Watchmen is like a noir counter to the fluffy and light Marvel universe: Masked vigilantes are outlawed; the U.S. won the Vietnam War; Nixon was re elected for a third term; and one of the “super heroes” may have been the shooter on the grassy knoll on Nov. 22, 1963. If you want to see what happens when the American dream comes true, then check out Watchmen on Jan. 1.

The Netflix original series will debut on Jan. 10, and follows a group of four Israeli military veterans who, after a bitter falling out a decade ago, reunite and travel to Columbia in search of a loved one they thought was dead.

If you're in the mood for a Star Wars flick told from the perspective of the background characters — you know, those guys who are normally there as fodder for storm troopers and Darth Vader — then you should make time to re-watch Rogue One before it leaves Netflix on Jan. 18.

The standalone feature follows the ill-fated mission to recover the Death Star plans from the Empire. Of all the new Star Wars flicks, Rogue One is probably my favorite because it's a space-grunt's perspective of the war, and it even has a bit of a head-nod to classic war movies, like when the rebels storm the enemy base, and a space shuttle door gunner opens up on storm troopers caught out in the open.