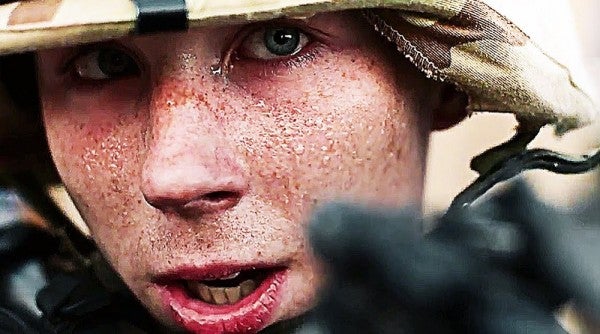 A new trailer for National Geographic’s The Long Road Home is a collection of chilling vignettes that guide viewers through the horror and uncertainty of combat in Baghdad’s Sadr City in 2004.

The exclusive first look, reported by Entertainment Tonight Oct. 5, is a minute-long teaser that leaps from firefights and ambushes to brief moments of tenderness at home, then back to the horrors of war as the cast recites lines from Alan Seeger’s famous 1916 poem I Have A Rendezvous With Death. Seeger, an American, served in the French Foreign Legion during World War I and died at the Battle of the Somme, notes Military.com.

The upcoming show, set to premiere Nov. 7 on National Geographic, is based on journalist Martha Raddatz’s best-selling book of the same name. Based on real events, the eight-episode scripted miniseries follows a platoon of soldiers from the 1st Cavalry Division on their deployment to Sadr City when they’re ambushed and cut off inside the maze-like suburb. It was their first patrol.

Called “Black Sunday,” the patrol began on April 4, 2004, but the battle that followed lasted days, resulted in the deaths of eight U.S. soldiers, and left more than 60 wounded.

Directed by Phil Abrams (Daredevil, Mad Men, Orange is the New Black) and Mikael Salomon (SIX, Band of Brothers), The Long Road Home consulted veterans of the battle for the upcoming series, with some of the actors pairing with the real-life soldiers they’re portraying on screen.

The miniseries stars Michael Kelly, Kate Bosworth, Jason Ritter, Jeremy Sisto, Joey Luthman, and Noel Fisher. In the trailer, the cast recites Seeger’s poem as we catch brief glimpses of their characters struggling to survive the emotional, psychological, and physical tolls war can take on service members abroad and their loved ones on the home front.