In New Wolverine Movie, Anyone Can Die, Even Logan

Marvel’s saltiest military veteran, X-Men’s Wolverine, is headed back to the big screen, and this time he isn’t pulling any... 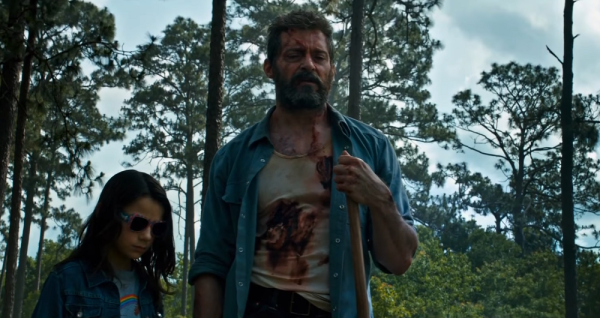 Marvel’s saltiest military veteran, X-Men’s Wolverine, is headed back to the big screen, and this time he isn’t pulling any punches.

The two-minute long red band trailer for “Logan,” just dropped and the upcoming R-rated movie looks to be a far-cry from the last string of special effects heavy flicks about Marvel’s mutant superhero team. Set to Johnny Cash’s cover of “Hurt,” the tone is somber, while fast-past fight scenes and moments of self-reflection hint at a darker, heavier X-Men movie than we’ve seen before.

Related: Marvel’s Most Badass Veteran Is Returning To Netflix In His Own Show »

Hugh Jackman reprises his role as Wolverine, now going by his first name alone: Logan. He’s older now, and shots of him bloody and bandaged indicate that his healing powers are starting to fade. A photo of the screenplay, posted by the director James Mangold, confirms as much, as well as indicating that this will be a different kind of superhero movie, think “Deadpool” not “Avengers.”

“In this flick, people will get hurt or killed when shit falls on them,” reads the screenplay. “They will get just a hurt or just as killed if they get hit with something big and heavy like, say, a car. Should anyone in our story have the misfortune to fall off a roof or out a window, they won't bounce. They will die.”

Page two of our screenplay. pic.twitter.com/5X93NtWuVS

Set sometime in the future, when mutants are all but extinct, Logan and Charles Xavier, played by Patrick Stewart, are charged with defending a young girl — she’s actually a female clone of Wolverine — who’s being hunted by para-military personnel.

Though the trailer is packed full of action, it’s not the type one typically sees in a superhero movie, and that’s deliberate.

“Now might be a good time to talk about the ‘fights’ described in the next 100 or so pages,” reads the screenplay of “Logan,” which is set to release in March 2017. “Basically, if you're on the make for a hyper choreographed, gravity defying, city-block destroying, CG fuckathon, this ain't your movie.”

So, if you’re tired of seeing cities leveled with zero collateral damage, and want to see Wolverine go ham on a bunch of bad guys that don’t get up after being impaled by his adamantium — aka, rare space metal — claws, then check out the trailer below.