‘Real Housewives of ISIS’ Is Both Deeply Offensive and Highly Amusing

The sketch that recently aired on the BBC2 comedy series “Revolting” is tasteless, crude, and deeply offensive. It’s also kind... 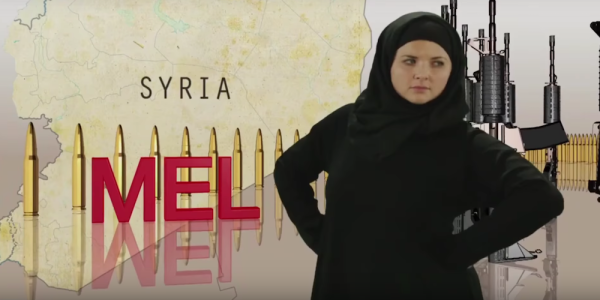 The sketch that recently aired on the BBC2 comedy series “Revolting” is tasteless, crude, and deeply offensive. It’s also kind of funny. Some things can actually be both.

Entitled “Real Housewives of ISIS,” the brief comedy bit is exactly what it sounds like, a satire of the well-known reality TV series set in the Islamic State’s self-proclaimed caliphate. Focusing on a quartet of British-accented female Jihadi Janes, the two-minute faux trailer shows one of the four proudly modeling a suicide belt for her friends.

“You look gorgeous,” her friend assures her, before trashing her in an aside to the camera. “She looked…mas-sive,” she says.

Naturally, the bit has stirred outrage from viewers who point out that women are routinely raped, enslaved, and otherwise abused in areas controlled by the Islamic State.

There's a thin line between hilarious and disgusting. The Real Housewives of ISIS crossed that line in a negative way

The detractors make a valid point. Then again, mockery has proven to be an effective tool against terrorist recruiting — something the Kurds have understood for years. Besides, the Islamic State has produced some videos of its own, and this is pretty mild stuff in comparison. Have a look.