‘The Reaper’ Reveals The Role Of Modern Ranger Snipers

Snipers are some of the most mythologized warriors on the modern battlefield; they conjure up images of lone operators behind … Continued 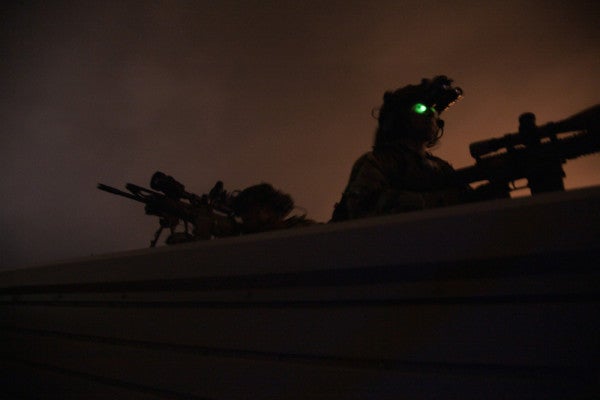 Snipers are some of the most mythologized warriors on the modern battlefield; they conjure up images of lone operators behind enemy lines, picking off enemy personnel at huge distances. A new book, “The Reaper,” set to be published Jan. 27 by St. Martin's Press and written by former Army Ranger Nicholas Irving with author Gary Brozek, cuts through all the legends and presents a look at what Irving calls “the direct action sniper.”

“The Reaper” is unique; there are few published books about the 75th Ranger Regiment’s operations in the Global War on Terror, much less books about sniper teams in the regiment at all. Irving’s accounts of his role as sniper team leader during a three-month deployment to Afghanistan in 2009 provides plenty of insight into sniper tactics and equipment. Irving describes the difficulties of long-range shooting through night vision, the perils of using bolt action rifles in a dirty environment, and gear he and his spotter used to gain access to rooftop firing positions.

“The Reaper” reveals how the sniper fits in to the type of direct action raid operations carried out by Rangers; Irving and his sniper provided overwatch for Ranger assaulters from fairly close shooting positions; many of the shots he describes taking in the book were a hundred yards or closer. The book also illuminates the high level of danger the Rangers faced on every operation; the heavy resistance they faced was why Irving was credited with 33 kills in only three months, giving him the titular nickname of “Reaper.”

What’s unexpected about “The Reaper” is Irving’s honest and reflective look at the psychological factors of being a special operations sniper. He admits the uncomfortably personal nature of killing as a sniper; in one vivid scene, Irving recounts the surreal dream he had after his first kill where his slain target’s face appeared as a ceiling fan. Interjected throughout the book are stories from Irving’s childhood and entry into the Army, and how those experiences shaped his path through the military. In one revealing anecdote, Irving describes how he originally intended to become a SEAL, but failed a prerequisite colorblind test. An Army representative helped him pass a similar test for the Army and put Irving on the path to the Rangers.

The earnest approach Irving takes with his personal fears and struggles are welcome in a book about such a mythologized subject that could be easily full of unneeded bravado. Irving doesn’t take his “Reaper” nickname that seriously; he simply views himself as being presented with plenty of opportunities to shoot.

“The Reaper” succeeds on several fronts; it’s a unique look at the type of fighting the Rangers have excelled at in Iraq and Afghanistan, and gives valuable insight into the evolution of modern sniper operations. More importantly, it’s a grounded and human look at a job that is often surrounded by mystique and legend.