Russia Is Definitely Not A Fan Of ‘Hunter Killer’ 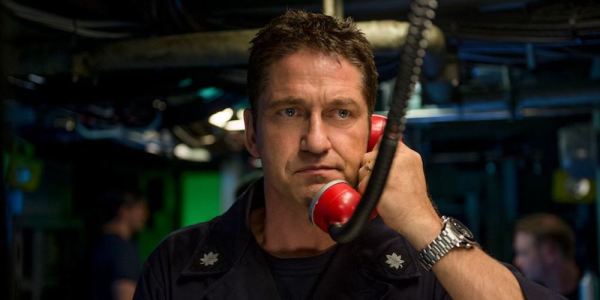 The Russian and Ukrainian release of a Hollywood action film in which U.S. soldiers rescue a Russian president during a coup attempt has been postponed, and some reports suggest it could be banned in both countries due to its content.

Russian distributor Megogo Distribution asked cinemas not to show the thriller ahead of the scheduled premiere on October 31, saying it had still not received a screening license.

Megogo said in a letter “we still do not have any response from the [Russian] Culture Ministry” about the screening license, according to a report by industry publication Film Distributor Bulletin.

The Culture Ministry, which issues licenses, said the company had provided an incomplete package of documents.

This is despite the fact that all the materials and documents regarding Hunter Killer have been submitted in advance and the ministry previously had no objections to the film's release, the distributor added.

The Culture Ministry told the AFP news agency that it had withheld a screening license for the film because Megogo Distribution did not show confirmation that it “transferred the film for permanent storage in the Russian state film fund ” — a key prerequisite for obtaining a screening license.

The only copy the ministry received from the company was “of an insufficient quality,” it also said.

In a Facebook post, former Duma deputy and opposition figure Dmitry Gudkov wrote that the ministry could be blocking the movie for suggesting that President Vladimir Putin, who has been president or prime minister since 1999, could be ousted.

Earlier this year, the Culture Ministry banned the Death of Stalin — a satirical British movie about the Soviet dictator — from cinemas, describing it as extremist, mendacious, and insulting to the Russian nation. The decision provoked international ridicule and heated debates in Russia over freedom of expression.

There was no official explanation for the delay of Hunter Killer in neighboring Ukraine, where the movie failed to open as scheduled last week.

An unidentified representative of film distributor Kinomania told AFP that Hunter Killer, which was initially due to open on October 25, “fell under some law and was banned.”

A representative of the State Film Committee (Derzhkino) said the decision was “being reviewed and will be published soon.”

Reports cited a Ukrainian law that bans films that give a positive image of the Russian security forces and their representatives.

Ties between Moscow and Kyiv have dramatically deteriorated since Russia's seizure of Crimea in March 2014.

Russia is also backing separatists in eastern Ukraine, where fighting between government forces and the separatists has killed more than 10,300 people since April 2014.