Russia Is Making A Grab For New Territory: The Superhero Genre

A trailer for an off-the-wall Russian superhero movie just dropped, and it’s got to be the most amazing thing to... 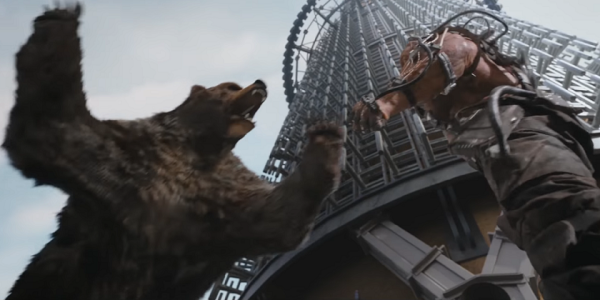 A trailer for an off-the-wall Russian superhero movie just dropped, and it’s got to be the most amazing thing to come from the former Soviet superpower since Russian President Vladimir Putin appeared shirtless on a horse.

The trailer for the upcoming movie, “Guardians,” features a gigantic armored bear with a minigun, jokes about borscht, and no-holds-barred combat between superhumans and gigantic robots. Directed by Sarik Andreasyan, “Guardians” follows a team of superheroes codenamed Patriot. Assembled during the Cold War, they went into hiding until now, when they’re once again called upon by the government to fight.

Their mission: Take out a supervillain who appears to have the ability to control machines and is dead set on destroying the country.

Related: John Cena Gets Serious In New Role As An Army Sniper »

It’s basically the story of the Soviet Union’s Cold War-era Avengers coming out of retirement to kick ass, level city blocks, and perform logic-defying feats of strength — like when one of the heroes who can transform into a bear-hybrid, or a full-on bear, wrecks a giant spider-like robot.

The trailer has a strong nationalist message, with frequent shots of Russian military vehicles cut between scenes of Cold War-era super heroes training in a giant government facility — all of which work to present an image of a confident and emboldened Russia and its military. This is not uncommon in superhero movies, which often champion the ideals of their heroes’ nation — think about the “Avengers,” a super team led by a career soldier named Capt. America, backed by Tony Stark, an American defense industry tycoon, with a mission to protect the peace globally through strength. That’s as American as you can fucking get. Until now.

As Americans we tend to think of superheroes as a predominantly U.S. thing, but “Guardians” is clearly gearing up to claim a piece of that genre, and considering that this comes at a contentious time between Russia and the United States, it looks like they're going after a big piece.

The movie is set to release in Russia on Feb. 23, and then open in the United States later.

In the meantime, you can check out the full trailer for “Guardians” below.