On Friday, Universal Pictures made a pretty epic announcement: A remake of “Scarface” is in the works and will hit... 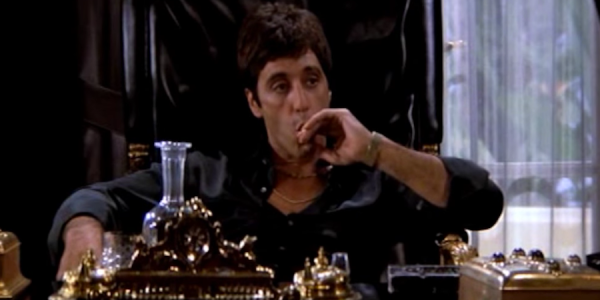 On Friday, Universal Pictures made a pretty epic announcement: A remake of “Scarface” is in the works and will hit theaters Aug. 10, 2018.

According to Variety, the four-time Academy Award winners Coen brothers — who brought us “No Country For Old Men,” “Unbroken,” “True Grit,” “The Big Lebowski,” among other movies — have been tapped to rework the script; however, the studio is still on the search for a director. According to Deadline, “Lone Survivor” director Peter Berg is being considered to take on the film.

Variety also reported that Diego Luna, star of “Rogue One: A Star Wars Story,” is rumored to play Antonio “Tony” Montana in the remake. So far, we very much approve of this collaboration, although it's pretty hard to imagine anyone but Al Pacino playing Montana.

The 1983 film “Scarface,” directed by Brian De Palma and written by Oliver Stone, has become a cult classic, but it was actually a remake of a 1932 film loosely based on the life of Al Capone, an American gangster during the Prohibition era.