Set among a psychiatrist's office, empty American streets, and a nondescript warzone resembling the Middle East, the trailer for the... 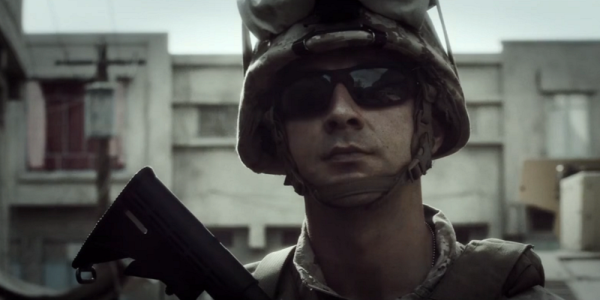 Set among a psychiatrist's office, empty American streets, and a nondescript warzone resembling the Middle East, the trailer for the upcoming fantasy war film, “Man Down,” is gritty, emotionally charged, and a bit of a mindfuck.

Directed by Dito Montiel, “Man Down” stars Shia LaBeouf, who plays Gabriel Drummer, a Marine infantryman. The story follows multiple timelines and in the trailer, which was released Oct. 25, Drummer goes from hard-charging grunt in a heated firefight to a veteran out of touch with his life back home, and later, a post-apocalyptic warrior wandering desolate streets.

The movie seems to be an end-of-the-world thriller as well as a war film and a reflection piece on the complex moral injuries that result from war. According to IMDB’s synopsis of the film, and a review by Variety, the film centers around Drummer’s quest to recover his son, who’s been abducted by unknown assailants, with flashbacks to his time as a Marine.

Whatever “Man Down” actually ends up being about, one thing is certain, LeBeouf has come a long way from the wet-behind-the-ears kid in “Transformers.”

Beat-down, grizzled, and bulked up, the actor actually fills the combat boots of a grunt pretty well, visually at least. Then there’s the pained, if not agonizing, way he reflects on the loss of a friend during a deadly firefight.

“What happened in that room is real,” says Drummer in the trailer, visibly shaken as he speaks to a military psychologist, played by Gary Oldman. “I can’t take that back. It’s just one of them things.”

“Man Down” premiered overseas in 2015 at the Venice Film Festival, and is set to hit theaters in the United States on Dec. 2. Check out the trailer below.