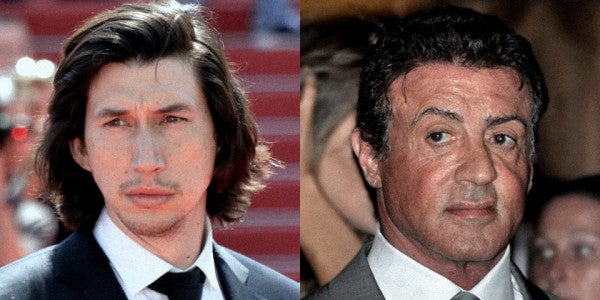 On April 10, 2012, Staff Sgt. Travis Mills, a soldier with the Army’s 82nd Airborne Division, was on a routine patrol in Afghanistan when he placed his assault pack on the ground and triggered an improvised explosive device. Mills was 24 years old and on his third combat deployment. The explosion amputated all four of his limbs.

“People call me a hero, but I’m not sure what part of it makes me a hero,” Mills later recalled in “Travis: A Soldier’s Story,” a documentary. “I just had a normal day at work that turned ugly.”

Now, Mills’ story is set to be the subject of a feature-length Hollywood film.

According to Deadline, actor Adam Driver has been pegged to play Mills. A Marine Corps veteran best known for his role as Kylo Ren in “Star Wars: The Force Awakens,” Driver has maintained a strong relationship with the military through his nonprofit organization, Arts in the Armed Forces, which puts on free modern theater performance for service members stationed on American bases around the world.

Driver will be joined by another famous military supporter, Sylvester Stallone. The “Rambo” star is set to direct the film and also play Mills’ father-in-law, Craig Buck, who stood by Mills’ side throughout his long and painful recovery. Stallone recently sidestepped an opportunity to become the chairman of the National Endowment for the Arts, saying in a statement that he’d rather focus on “bringing national attention to returning military personnel.” His role in “Tough as They Come” certainly appears to be an extension of that effort.

Mills is one of the only five soldiers who survived a quadruple amputation on the battlefields of Iraq and Afghanistan. His story, which he chronicled in his 2015 best-selling memoir, “Tough as They Come,” is one of staggering hardship and remarkable perseverance. Not only did Mills defy the odds to survive his gruesome injuries, but he’s since become both a sought-after motivational speaker and an advocate for other combat-injured veterans.

While the film is still in the very early phases of development, Deadline reports that 20th Century Fox is already looking to acquire it.