The ‘Escape From New York’ Reboot Might Actually Be Good

“Escape from New York”, the 1980s cult classic starring Kurt Russell as the one-eyed kill-happy hero Snake Plissken, is getting... 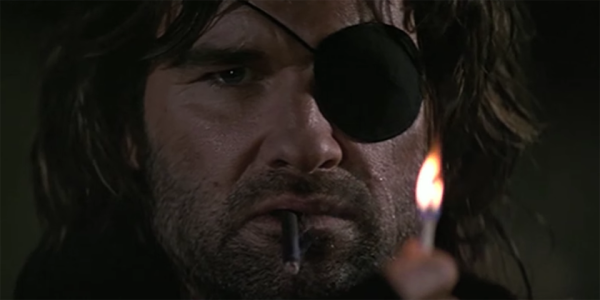 “Escape from New York”, the 1980s cult classic starring Kurt Russell as the one-eyed kill-happy hero Snake Plissken, is getting a reboot — and Robert Rodriguez is in negotiations to direct it, according to The Hollywood Reporter. Yes, yes — another remake. But this one actually makes sense.

The original 1981 film, directed by John Carpenter and set in a dystopian America, circa 1997, is pretty rad. Manhattan has been transformed into a giant maximum-security prison lorded over by a crime boss known only as The Duke of New York. Russell’s Plissken, an ex-Special Forces commando and convicted bank thief, volunteers to chute into the city to save the President, who is taken hostage by the Duke’s men after Air Force One is crashed by terrorists. Complete the mission, Plissken’s told, and he’ll get a presidential pardon for his crimes.

Now, here’s the thing about Snake: Give this dude a mission and he’ll kill everything in his path. He has 22 hours to save the president — which means that for the better part of a day, the streets of Manhattan run red with the blood of all the asses he kicks. Then, once the dust settles and the president tries to thank him for saving his life, Snake tells POTUS to fuck off. Yeah, he’s that badass.

Renegade action films like “Escape from New York” are Rodriguez’s specialty. His portfolio includes “Sin City,” “Machete,” and “From Dusk Till Dawn” — all movies featuring fundamentally big-hearted protagonists who, like Snake Plissken, kill to the beat of their own drummer. As good as the original is, “Escape from New York” would certainly benefit from some sweet 21st-century special effects — and Rodriguez’s appetite for excessive violence.

Production on the film is set to begin later this year, and 20th Century Fox is hoping to squeeze a series of movies out of the franchise. Carpenter remains pegged to the project as executive producer and Neil Cross, the creator of the BBC crime series “Luther,” wrote the script.

Fox has yet to announce who will star as Snake… nor have they given us any reason to believe that Alec Baldwin will play the president.