‘Top Gun 2’ Is Actually Happening, According To Tom Cruise

Strap in, folks: Lt. Pete “Maverick” Mitchell is getting back on the highway to the danger zone — and it's gonna... 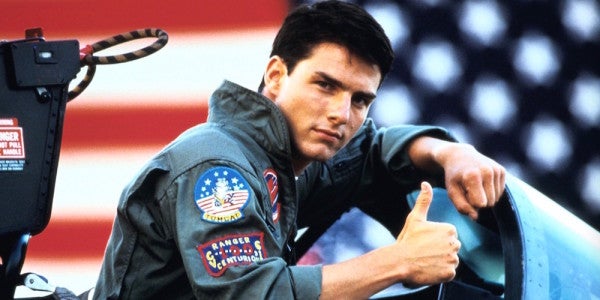 Strap in, folks: Lt. Pete “Maverick” Mitchell is getting back on the highway to the danger zone — and it's gonna be a wild ride.

Ubiquitous leading man and cinematic Napoleon Tom Cruise on Thursday confirmed rumors that he's currently working on a sequel to “Top Gun,” the beloved 1986 romp through the wild and crazy world of Navy fighter pilots.

“It’s true. It’s true,” Cruise told Australian morning show Sunrise during a promotional tour for “The Mummy,” which we won't be seeing.

“I’m going to start filming it probably in the next year,” he said. “I know. It’s happening. It is definitely happening … you’re the first people that I’ve said this to.”

Rumors have surrounded the sequel — which will presumably see Cruise return as the “Goose”-less Mitchell — since January 2016, when “Top Gun” producer Jerry Bruckheimer tweeted a photo with Cruise and a cryptic message: “Just got back from a weekend in New Orleans to see my old friend Tom Cruise and discuss a little Top Gun 2.”

Just got back from a weekend in New Orleans to see my old friend @TomCruise and discuss a little Top Gun 2. pic.twitter.com/vA2xK7S7JS

At this juncture, it's unclear who from the original cast will return (fingers crossed for a Kelly McGillis reprisal), but it's likely the sequel will see Maverick reunite with Val Kilmer as Tom “Iceman” Kazanski. When asked if he would join the then-theoretical project during an April Q&A; on Reddit, Kilmer enthusiastically replied: “Hell yes, and what a hoot it will be.”