Podcast: What Is The ‘Bro-Vet’ In Veteran Culture, Anyway?

None We need bro-vets. Every culture needs true believers. We need men and women who take such pride in their... 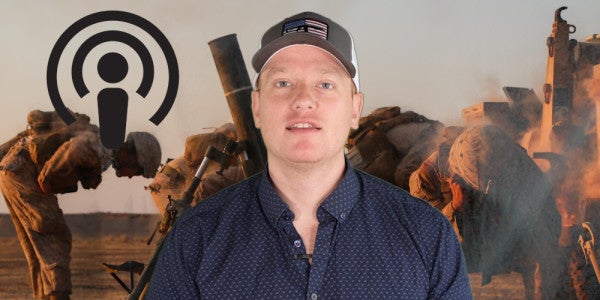 We need bro-vets. Every culture needs true believers. We need men and women who take such pride in their service they literally wear it on their sleeve. I’ve been in more airports than I like these past few months and if I had a dollar for every Grunt Style shirt I saw, I could have upgraded to first class every time.

On many levels, I understand. I grew up in a household where the walls were covered with scenes from battlefields. The toilet in my high school bathroom faced a print depicting the Battle of Nijmegen. My parents’ dining room walls are covered in the Battle of Little Round Top and a print of Stonewall Jackson praying with his chaplain adorns the fireplace. I spent summers going through my dad’s bookcases; they weren’t stocked with bestsellers but crammed with books on the history of the military art.

I was born into the military, served in it, married into it. I’ve been an Army brat, an active duty service-member, a military spouse, and now, a veteran. I am proud of my time in the Army. Full stop. No qualifiers, no excuses, no comparisons. Having pride in what you have accomplished is integral to a healthy self-concept.

But there is a fine line between being proud and being prideful.

I recently heard an Army PAO, in her explanation of how she helps bridge the civilian-military divide, state: “Being present in the community we are communicating ‘we are just like them, only we serve our country.’”

The notion that we have cornered the market on service to our nation and therefore are best qualified to speak, is pervasive. Just this week, a former Navy SEAL expressed disapproval for comments made by a current governor. In the first article to break this story, it states “From the viewpoint of a combat veteran…” and then it goes on to describe the SEAL’s perspective. Without delving into the political aspects of the comments on both sides, service in our armed forces qualifies us for a lot but it doesn’t qualify us for everything — especially being self-righteous arbiters of all that it is right and good. We love “stay in your lane!” until we want to apply it to ourselves.

My feelings about national service aside, a well-transitioned veteran is the best recruitment strategy for an all-volunteer force — and ‘well-transitioned’ can mean a variety of things. I applaud veteran entrepreneurship, and if you want to make shirts that say, “for those who have fought for it, freedom has a flavor the protected will never know,” get after it. That particular shirt is sold out, by the way; it’s appealing to someone, lots of someones, and the sellers are probably laughing their way to the bank.

But I'm also a firm believer in introspection and self-reflection. I genuinely want to know what intention people have when they wear a shirt like that, especially in a place like an airport. Is it because they want to be recognized? Thanked? What about the company? Are they donating and advocating for all of the issues those who “have fought for it” experience? I want veterans to be successful at all they do — and that includes being good human beings and citizens.

I am more than happy to level equal criticism at a society that has become is apathetic in its understanding of the past 17 years of war. Disengaged and willfully ignorant of foreign and domestic policy, people lack a general desire to contextualize and consider America’s past and present. Yet I see corporations instituting veteran hiring initiatives, administrations advocating for better opportunities for veterans in institutes of higher learning, and more than 45,000 veteran service organizations (VSOs) dedicated (at varying degrees) to helping veterans — many of these spearheaded by non-veterans.

Since when did the guys and gals down the street become our brother’s keeper? If I am guilty of anything, it is high expectations. If you want to wear your gun laden shirt, your camo ball cap, and throw around “as a veteran,” that’s your prerogative. But ask yourself: when was the last time you called a friend you know is struggling? Volunteered for a VSO? Improved your community? Gave to something greater than yourself post-transition? Mentored someone struggling to find a foothold in your profession, class, job market, etc.? Thank you, Gary, for your service, and “what have you done for your country lately” should be the hypothetical interaction pinging around in everyone’s mind.

A ‘bro-vet’ isn’t the singularity of wearing a questionable shirt or a company that preys on those who wear their version of patriotism like a blanket. It’s the idea that we are perpetuating the notion that we are somehow entitled to more than we are being given. There are some that believe by volunteering for the armed forces, we’ve elevated ourselves so far above the average American and we are no longer responsible for our own trajectory in life. Our government, and society writ large, has an obligation to those that raise their right hand, but that obligation is not a blank check.

When we wear our uniforms, we understand we are representing our service branch, the military, and our country. When you wear a shirt proclaiming your veteran status, you are doing much of the same. You make yourself an unofficial ambassador of every other veteran of your age cohort. I don’t mind seeing a Grunt Style shirt at the baggage claim, but next time, take your earbuds out and assist the frail elderly woman trying to lift her bag off the carousel. Who knows: she may turn to you and say, “thank you…for your service.”

What is a bro-vet? Has anyone really defined it and is it that terrible? Listen as we commiserate on the trend of the rising tide of brotastic Facebook veterans. You can also listen to Return Fire on iTunes, Lybsin, or follow our RSS directly.