For enlisted troops of all branches, and Marines in particular, your last few moments of block leave are soul crushing. … Continued 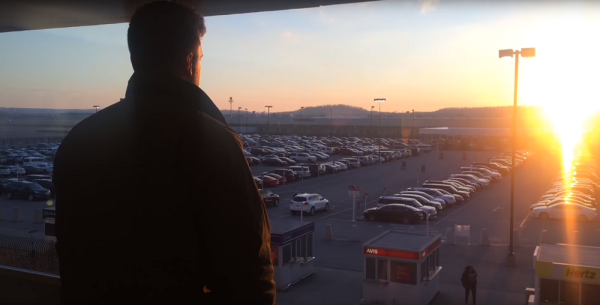 For enlisted troops of all branches, and Marines in particular, your last few moments of block leave are soul crushing. A Jan. 6 video by the trio of Marines that make up Terminal Boots — Lance Cpls. Deacon Gerard, John Davis and Joseph Jewett — perfectly captures the three different types of leave blocks Marines have during their enlistment.

There’s the guy who downplays his leave because he doesn’t want his buddies to know that he went full-moto, because you never go full moto.

Played by Gerard, he spends his entire time home drunkenly regaling civilian buddies with stories of Marine Corps life, but leaves out the field days, daily ass chewings, and 0500 wake ups. Instead it’s all room clearing, ranges, and explosions. Suddenly, the things that have become a daily chore and boring routine are all he wants to talk about. His motivation is reborn, thanks to being the only Marine in a room filled with beer bongs and endless shots of whiskey.

Then, there’s Jewett, who plays the guy that tells his buddies about all “the crazy shit” he did at home. He talks about brawls and days filled with out-of-control drinking. The reality is that he spent his leave working out, reading, and generally being a perfect Marine.

Related: The Marine behind Terminal Lance has created a hilarious video showing what it’s like to be on post.

Set to the haunting score of Johann van Beethoven’s “Moonlight Sonata” he walks around like a ghost, with a thousand-yard stare born from too many negative counseling statements, maybe even a non-judicial punishment or two, and a general disillusionment with the Corps.

“There are no more barriers to cross,” says Davis, in a overly dramatic narration. “My morale, my motivation, my hopes, disappeared a long time ago, probably in [Infantry Training Battalion], if they ever did exist.”

In time, every enlisted Marine will spend at least one leave block as one of these versions.

Watch the full video by Terminal Boots below.