America has emerged from the longest war in U.S. history. Our soldiers are wounded, both physically and psychologically. The effects... 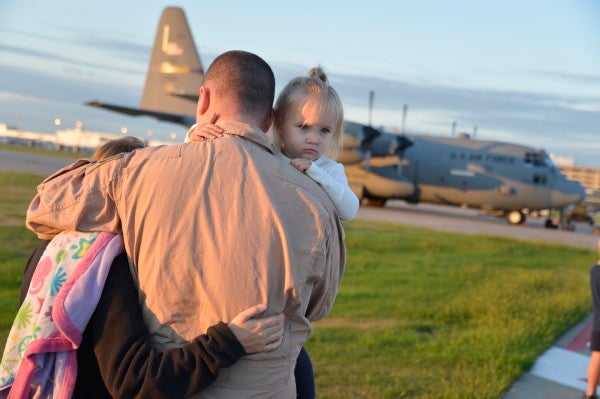 America has emerged from the longest war in U.S. history. Our soldiers are wounded, both physically and psychologically. The effects of war on our brave men and women in uniform are becoming more and more evident, with post-traumatic stress disorder, traumatic brain injury, and multiple other wounds of war affecting our returning military population.

Veteran organizations and military publications are giving more and more attention to this ever growing epidemic of health concerns with our veterans, as they should, but few are addressing the effects of war on the military family, specifically that of the military spouse.

There are few feelings as frustrating as knowing your loved one needs medical care, but is denied access to such. My family encountered waiting lists backed up more than eight months to see a doctor at a VA hospital.

When we did get in see someone, I informed the VA case manager that my decorated combat veteran spouse was suicidal.

Her response: “Have you checked out our caregiver resource directory pdf online? You should really download that and call the suicide help numbers next time he has a gun to his head.”

The “help numbers” were far from “helpful.”

Family members have limited influence in advocating for their veterans’ timely receipt of medical care, and are often left in the dark, fighting mounds of slow-turning government bureaucracy alone. The resources available to caregivers are extremely limited, and in my experience, ineffective.

There aren’t enough employers who offer flexible opportunities that fit the military lifestyle.

Following graduation, I accepted a job as nonprofit director for youth organization. Applying for the position, I provided a four-page cover letter, one page detailing my professional experience and three pages describing my scheduling and work availability as a caregiver.

Six weeks into the new position, my spouse was admitted to the VA for emergency medical care.

I informed my supervisor and rushed to my spouse’s side.

Three days later, I returned only to find out I no longer had a job.

Turns out it’s completely legal to fire a military spouse for missing three days of work due to caregiver responsibilities. The Family Medical Leave Act only applies to employees who have been employed for a minimum of 12 months as a full-time employee.

More broadly, a 2014 study sponsored by Military Officers Association of America and The Institute for Veterans and Military Families at Syracuse University reported that 90% of female military spouses were jobless or underemployed. Additionally, those spouses who were employed earned an average of 38% less than their civilian counterparts. The inability to financially provide for their families presents very real challenges to today’s military spouses, especially when compounded by caregiver responsibilities.

For me, postwar life was lonely.

The majority of my family’s veteran buddies had gone “off the grid.”

Others were extremely focused on their civilian lives and not looking to be bogged down with “messed up vets.”

Forging friendships with civilians was nearly impossible, given the often overwhelming disconnect between civilians and military evident in today’s society.

Like thousands of other post-9/11 military families, we had very limited access to a strong support groups. Recognizing the war had changed our demographic classification from accomplished young professionals to combat veteran family (with all the “glorious” stats such a term conjures), my family struggled to find the social support we needed to succeed in postwar life.

After months of “going at it alone,” we ended up finding immense support from our local Vietnam Veterans of America and Veterans of Modern Warfare chapters — two organizations I highly recommend.

The military lifestyle demands a lot of flexibility from the military family: extended periods of absence, discouraging employment statistics, frequent relocation, and much, much, more. Military life isn’t “normal” — you don’t have the hometown advantage, closeness of high school best friends, or momma right down the road to lend a shoulder. Instead, “normal” for military families may look more like a constantly changing, sometimes exciting, always isolating, adventure.

War affects everyone, the service member and the people he or she loves. The effects of war continue to demand continual sacrifice of military spouses’ financial security, professional opportunities, and mental well-being.

The realities of postwar life tax even the strongest of us.

Whether you’re a military spouse going toe to toe with government bureaucracy to get your veteran medical treatment, or facing rejection letter after rejection letter as you try to provide for your family, know you are not alone.

Our military community needs to recognize the effects wartime military service has on the spouse, and should address these challenges with increased support via effective initiatives. Open, accepting conversation should characterize acknowledgement of today’s spouses’ needs, and the taboo of reality should be eliminated from our mindsets. Let’s start the dialogue, so we can start implementing solutions. The war is over.

It’s time we support those who continue to pay the price.