How To Avoid Getting Duped By A Stripper

Military-related dating scams happen all the time. Whether you’ve been taken advantage of by a handsy strip club employee, or … Continued 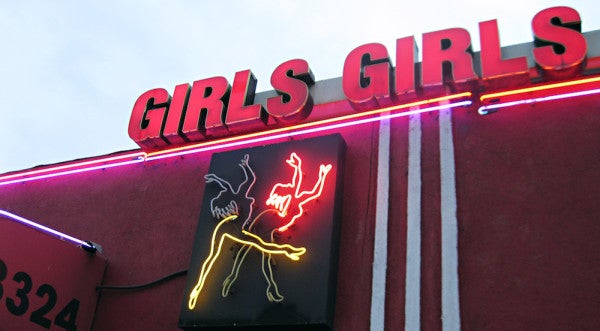 Military-related dating scams happen all the time. Whether you’ve been taken advantage of by a handsy strip club employee, or swindled into sending money abroad to save someone from destitution, there is no shortage of creative romance scamming designed to trick service members, or mislead civilians into thinking they’re falling for fake soldiers or sailors. What’s worse is that in the era of online dating and virtual correspondence, it can be difficult to weed out some of the more elaborate romance scams.

Here are five military dating scams and how to avoid them.

Local strippers in base towns

This one seems like a given, but you’d be surprised how easy it is to fall in love with a stripper. But the truth is, she doesn’t actually want to be your girlfriend. She might tell you that, but she doesn’t … unless your name is money.

If it looks too good to be true, it probably is. We’ve all gotten those emails that come from attractive strangers asking for help in a complicated situation or offering the greatest night of your life. While these used to be overt — written in Comic Sans with loads of spelling errors and exclamation points — dating apps have made them harder to identify. Apps like Tinder also have problems where a fake person may message you often and quickly. They may want you to try a product or click a link to view their profile. Don’t do it. It’s likely a virus, and sometimes it’s called “phishing.”

Different from viruses, these are actual people who are trying to scam you. They may warm you up with pleasant conversation at first, but it will eventually turn into a ploy to get something from you. It may come in the form of a request for bank account information, your social security number, or straight money. These people will be cordial, but will never offer their contact information to you, or agree to meet you in person.

On the reverse, civilians should also be on the lookout for people posing as service members. Using various dating apps and services, these scammers will sell you a sob story about needing money or your social security number. If at any point when you date online, and someone brings up money — he or she is probably scamming you. Never send money for any reason to someone you’ve never met before. Perhaps one of the most common is the Nigerian romance scam, wherein a person with a fake identity claims to be a service member or a veteran who wants to whisk you away and marry you after deployment is over. Usually the best way to avoid falling victim to this scam is to watch for fake documents, broken English, and requests for help.

The internet is littered with sites that offer opportunities to marry buxom South American and Eastern European women. Though the notion of a mail-order bride may seem like a thing of the past, a newer form — an email order bride — has emerged with the birth of the world wide web. First off, according to National Organization for Women's Sonia Ossorio in 2011, “The mail-order bride industry is a softer version of human trafficking.” However, service members make for attractive targets because of the expedient citizenship or green card processes. But these marriages aren’t necessarily built to last. While some success stories are reported, many of these marriages end in divorce. We would consider a prenuptial agreement if you really do choose to go this route. But we wouldn’t advise going through with this in any capacity.