Editor’s Note: This article by Alden Mills was originally published on Fatherly, a digital lifestyle guide for men entering parenthood.... 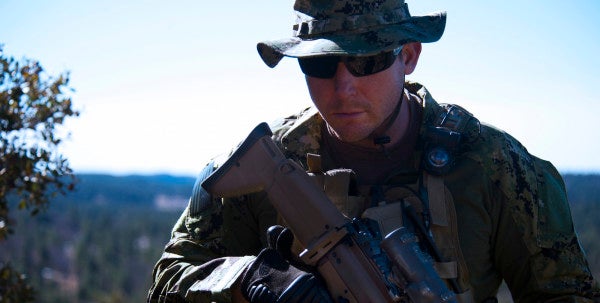 Editor’s Note: This article by Alden Mills was originally published on Fatherly, a digital lifestyle guide for men entering parenthood.

Throughout my twenties I was fortunate to serve with some of the most remarkable people on this planet — the men and women of the United States Special Forces Command. I was Navy SEAL platoon commander who led small teams of highly motivated men on missions throughout the world. During those times, I saw how ugly the human race can be, and I saw some of it on the faces of children in Sarajevo (most of my operations were in Europe). I saw children whose hair turned prematurely gray or fallen out; children with empty eyes holding 1,000 yard stares. I saw what terror had done to children: it robbed them of their youth, crushed their spirit, and their imagination.

The children I saw had witnessed firsthand the brutality of the human race. No child should have to endure watching their parents murdered in front of them. No god approves of that. Children are our future — they will inherit our actions for better or for worse. And now, here I sit — a father of four boys — on an extended to trip to Europe to teach them about perspective, about different cultures, about the beauty and grace of all that Europe has to offer mankind, and eight terrorists attack Paris. Not exactly the cultural awareness experience my wife and I were looking to have with our 6, 8, 10 and 12-year-olds.

Terrorism is an unavoidable topic. It's a fact of life, and my boys are going to have to deal with it in their lives and most likely in their children's lives. It's a tactic so sinister and so difficult to crush that governments alone will not be able to do it. Governments can offer guardrails of protection, but will never be able to provide complete safety.

Stamping out terrorism will have to come from within societies that have collectively decided that they will not tolerate the actions of the demented few who think it's honorable to kill the innocent; who think some higher authority will grant them eternal life for massacring the unarmed and the unknown. Society and its future is in the hands of today's fathers and mothers. Their parental guidance will directly impact how our children will act, and God help them, how they will act should they be confronted with demented bullies armed with assault rifles and explosives.

I'm not raising my boys to join the ranks of SEAL Team — that will be their decision. I'm raising my boys to have the courage to pursue their dreams; to take a stand for what's right; to be strong when others are weak. I want them to dream audaciously, and have the resolve — the determination to go after what they believe in. And I tell them that all the time.

One of my favorite sayings is to remind them that “limits are for those who lack imagination and determination.” And that philosophy is why I have conversations about terrorism with them. Terrorists represent the exact opposite of what I want my boys to become. Terrorists want to crush people’s dreams; the very essence of what a dream represents (a better future) is what terrorists are fighting against.

When we woke up Saturday morning and saw what had happened the night before in Paris, I huddled up my boys and told them what happened — even shared a couple of gory details, because my boys seem to listen better when I give them details about things that they can relate with: What does an assault rifle sound like inside a room? Really loud — so loud it can be disorienting and you can be momentarily deaf. What happens to someone who is shot at close range with an AK-47? There's a lot of blood, guts and bone chips, and it can make people go into shock — they will look like zombies. How about when someone blows themselves up? Haven't seen it, but I'm quite familiar with the explosives terrorist use and the damage that can be done.

Why tell my kids how gruesome terrorists can be?

Because I want them to hear it from me first, not on the playground, not from someone else who fears terrorists. Terrorists are bullies, and to put it into my 6-year-old's language, a terrorist wants him to stay inside and not to have fun at the local playground. To my older boys, I relate with them on how to deal with a bully. Bullies prey on the weak, they don't expect to get hit back. Hit a bully and watch what happens: They back down, especially if many team up with you to hit that bully back.

To fear a terrorist is to let a terrorist win. To fear a terrorist is to put a limit on your imagination. I want my boys (and all children) to dream with reckless abandon. I will refuse to my last breath to allow an outside force to place a restraint on my boys' imagination. I don't want my boys to grow up fearing anything (not even their Mother, but they sure better respect her!). Like those two American service members who stood in the path of a terrorist on a European train, I want my boys to know that for terrorism to fail it will take societies of men and women who are willing to stand in the path of terror and confront them head on.

For some select few, confronting terrorism will require the ultimate sacrifice, but for most, tackling terrorism will mean to keep dreaming, keep improving our lives and to keep inspiring others to join in a better future, and it will always mean living without fear.

This article, “A Navy SEAL On Talking To Kids About The Paris Attacks,” originally appeared on Fatherly.