Legislation introduced Thursday would make it easier for military spouses to purchase guns wherever their active-duty husband or wife is... 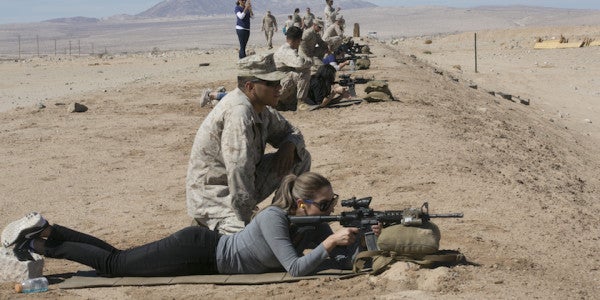 Legislation introduced Thursday would make it easier for military spouses to purchase guns wherever their active-duty husband or wife is permanently stationed.

Active-duty service members are exempt from gun control laws that mandate U.S. citizens purchase firearms in the state where they live. Farenthold’s measure would grant spouses the same exemption. Laws now do not extend to husbands and wives, who must first establish residency in a state before purchasing a gun.

“A lot of military spouses don’t want to change their driver’s license or home of record for two years,” said Elizabeth Peace, Farenthold’s communications director. “Military spouses still have Second Amendment rights, and this should’ve been done when military members were given the exemption. It’s unfortunate it took a while for people to think of the spouses.”

Identical legislation was introduced in 2015. It stalled after being referred to subcommittee.

At the time, former Virginia Rep. Scott Rigell, a Republican who introduced it, said he did so in response to threats to the military community from the Islamic State group.