A Vet Fatally Overdosed While On Lockdown In A VA Hospital. Now His Wife Is Demanding Answers

The widow of a Marine who fatally overdosed on fentanyl while on lockdown supervision at the Department of Veterans Affairs... 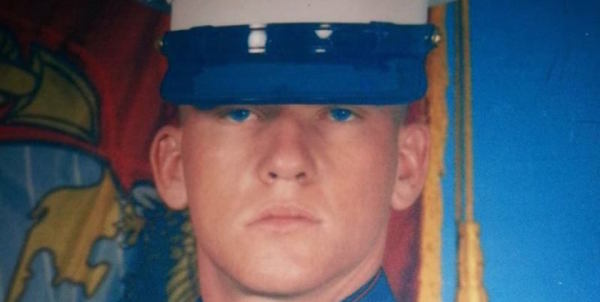 The widow of a Marine who fatally overdosed on fentanyl while on lockdown supervision at the Department of Veterans Affairs psychiatric campus in Brockton is demanding to know how he got the drugs, while the VA has simply attributed his death to the nation’s larger opioid scourge.

“Since he has passed, the VA has told us nothing,” Jamie Lee Hasted told the Herald in an emotional interview about her late husband, Hank Brandon Lee. “Answers, the bottom line is answers. … Did he take it willingly, not willingly, mixed up in the medicine? You have video cameras, where is the video? What happened? Let me try to get some type of closure.”

Lee, a Marine lance corporal and mortarman who served in combat in Iraq and Afghanistan, died at age 35 of acute fentanyl intoxication March 4 after he was rushed to Good Samaritan Hospital in Brockton, according to his death certificate.

The day he died, Lee was found unresponsive by a nursing assistant and medication nurse in the day room of the inpatient psych ward. He “appeared to be sleeping sitting up in chair with head tilted to right, color ashen” when found, and didn’t answer when they called him, according to VA records reviewed by the Herald. First responders found him “unresponsive, pulseless,” according to fire department records.

“Reportedly, he was ‘fine’ per nursing report a few minutes before being found ‘slumped over,’?” a report from a VA staff physician reads.

Lee had been on “lockdown” in the VA facility, meaning he was checked by a nurse every 15 minutes and his trips off-site were very limited and closely supervised.

“This case is one of a kind. I have never heard of anybody die in lockdown,” said Rick Collins of Veterans 360, an advocacy group that is assisting Lee’s widow.

The VA told the Herald that fentanyl was not prescribed to any patient in the inpatient psychiatry unit when Lee died, and that Lee had no personal visitors during his four-week stay there.

“All patient belongings are searched twice for contraband upon admission — once in Urgent Care and again on the admission ward,” Pallas Wahl, a spokeswoman for the Greater Boston VA system, told the Herald.

“We only search patient rooms if there is cause for concern.”

If patients are considered stable, they are allowed to leave the unit for medical appointments with a nurse’s supervision, and for supervised recreational therapy, Wahl said. She said staff does not search patients for drugs upon re-entry because vets are always “under close nursing supervision.”

Wahl did not say if the VA determined how Lee obtained fentanyl, referring to a sealed “Root Cause Analysis” and “Formal Peer Review,” private documents the VA produces when a veteran dies in their care. But she said the Boston VA system increased its surveillance and use of drug-sniffing dogs in response to Lee’s death.

“Not only does his wife and loved ones deserve answers, but the public deserves a full accounting of how this happened — of what happened and how,” Hardie said.

Wahl said Lee “touched many lives while receiving treatment at VA Boston Healthcare System,” and “is missed by all who knew him.”

“Sadly, Lance Cpl. Lee was a victim of the opioid epidemic that kills nearly six people daily in Massachusetts,” Wahl said. “We deeply regret every death from opioid overdose, and VA Boston has been a leader in trying to stem the opioid epidemic.”

Lee was deemed 100 percent disabled for post-traumatic stress disorder and traumatic brain injury tied to injuries suffered in the service, according to his VA medical records. He served from 2001 to 2008.

He told medical staff in Brockton he’d been hit by a gunshot and IED blast while serving in Iraq. He also told doctors he heard voices, and had sometimes anxiety tied to the loss of comrades.

The day before he overdosed, Lee told doctors he was feeling particularly anxious and hearing voices because it was the anniversary of the day he was shot, an anniversary he told them he’d previously dealt with by doing drugs.

Lee tested positive for opioids, and admitted to a history of crystal meth use and suicide attempts, when first interviewed by the Brockton VA.

He came to Boston from his native Mississippi to seek better help for his PTSD symptoms and after a fight with his wife, with whom he has twins. She still lives in Mississippi and is fighting with the VA over survivor benefits and funeral costs.

But he was doing well in Brockton, she said, and sounding optimistic just before his death.

“Three days before he passed away, in art class, he made a card that was supposed to describe himself in one word — he described himself as triumphant,” she said. “His doctors in Boston would call me every week and tell me how well he was doing and things were going great. You put your guard down, you trust them.”