Westerners Are Using Tinder In Afghanistan. An Anonymous User Tells Us How It Works

Every smartphone user between the ages of 18 and 50, who is attracted to other people in either theory or... 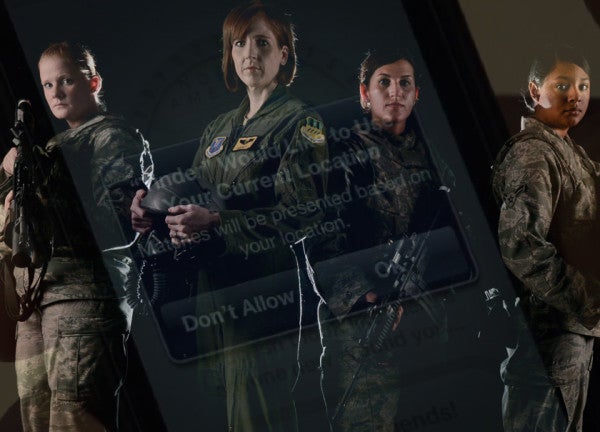 Every smartphone user between the ages of 18 and 50, who is attracted to other people in either theory or practice, knows about the Tinder dating app. On the off chance you’ve carved out a paper-thin cultural niche for yourself and have successfully dodged any passing reference to the phenomenon — or you’re in a healthy long-term relationship — then I’m not talking to you. The rest of you seeking emotional fulfillment with the help of a digital device, prepare to have your mind blown: Afghanistan has Tinder.

To put it another way, there are people on Tinder in Afghanistan. Technically, Tinder exists wherever a smartphone can pick up a signal, but in a country struggling to escape decades of war, this is an achievement that deserves to be listed among polio eradication and poverty alleviation as one of the international community’s development goals. The power grid here is abysmal, corruption and violence run rampant, but at least the West’s 13-year occupation has imparted this war-torn land with an incredibly efficient way to flirt.

Of course, with Tinder, as with anything in Afghanistan, expectations must be managed like a favorite one-liner. If you tap the flame icon and start pinging once you land at Kabul International, profiles will populate as sure as bullets cause bleeding. The trick? Location, location, location. Expand your distance out to 99 miles and you’ll catch a few gals at Jalalabad. Pull it in a bit and the Shank ladies will show at 60, plus the Bagram babes around 30 miles yonder. But unless you have a bird, limit your radar range to ten miles. You’ll still catch the capital crowd, while saving yourself the agony of pining for a match on the other side of mine-infested mountains.

Even at ten miles, you’ll still find women. Not a lot, but some. Unfortunately, even with a selection that’s better than only North Korea, getting a connection is the easy part. Once a match is made, you still have to navigate a city littered with checkpoints and find some place that hasn’t been bombed yet. No one said war was easy.

A couple weeks ago, I matched with a cute American girl. The conversation, which began with mutual expressions of concern that neither of the other’s friends had been killed in the latest attack on foreigners, stirred a rousing back and forth that led to a proposed date and excited acceptance. If we were in New York, the biggest dilemma would concern who would have a longer train home. In Kabul, things are a bit more complicated: questions of curfews, movement restriction, and various governmental privileges quickly rose to the fore.

She worked at the embassy. I lived in town. I offered a list of potential venues that hadn’t been blown up yet, but she wasn’t allowed to leave her fortified compound. She offered I come and visit, but navigating the precipitous maze of checkpoints and search areas — each of which had been attacked on multiple occasions — didn’t seem wise for a blonde who blends in about as well as a hipster at Home Depot.

Momentum stalled as each successive attempt was stymied by overwhelming reality, and things fell apart. That battle may have been lost, but my war to snatch a scrap of normalcy is hardly over. The best thing about Tinder in Afghanistan? That you can use Tinder in Afghanistan. New people are always coming into town, and I’ll continue to give Tinder a try, if for nothing else than a dinner date where I forget about the vigilant guard cradling his AK-47. In a land littered with the failures of the past, nothing restores hope like flirting with the future.