Don’t be a target: Top tips to protect your activity online

Avoid being marked as a target and keep your personal network secure. 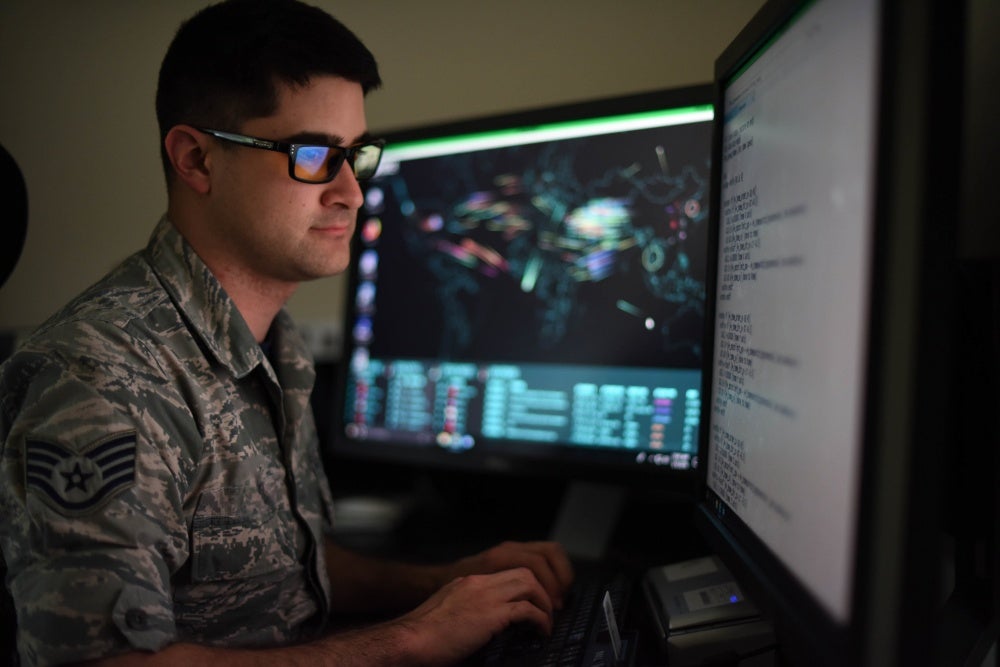 Picture this. You’re waiting at an auto-body shop, or in a laundromat, and you’re bored out of your mind. Maybe there’s a dusty, hand-drawn sign on the stained counter that says, ‘FREE WI-FI.’ Sound familiar? So, you do what any normal person would, and pull out your phone to start streaming the next episode of Sheepdog Veterans Artisanal Cheese Making. You log onto the local network and, suddenly, the shady-looking manager who’s been eyeing you from the corner cackles and starts rubbing his hands together while rushing over to his office computer. Three days later, your credit card is maxed out, your social media accounts are spamming your friends, and you’re locked out of your email.

Unfortunately, when it comes to hackers, finding the culprit is not that simple. Hackers can be anyone and they can do their dirty work from anywhere. To make things even worse, your information is vulnerable to hacking whenever someone has access to your network.

The problem is bad enough when you’re in your home country, but things can get even more complicated when you’re overseas. Whether you’re visiting or stationed in another country, when you don’t speak the language it becomes much more difficult to alert the authorities to your situation. With very little recourse, getting hacked can be disastrous.

So, how do you avoid being marked as a target and keep your personal network secure? Here are a few tips to keep you and your loved one’s internet activity safe.

Use Your Own Secure Hotspot

Internet use has become a staple of modern life. Unfortunately, unless you have unlimited data on your phone, streaming and gaming will crush your monthly plan. Wi-fi hotspots are a tempting alternative, but these are also great potential access points for hackers. A common method of attack is to create a local hotspot near a popular location for internet users (McDonald’s, Starbucks, shopping malls, etc.) using the same network name. Targets will then unwittingly connect to the rogue access point, thinking they’re on a legitimate network when really, they’re exposing their data to bad actors.

But there’s an easy fix. You can prevent these attacks by carrying your own mobile hotspot device and assigning it a unique network name along with a solid password. Most hotspots only cost a few bucks a month and they’re infinitely cheaper than the fallout from hacked personal data.

Even worse, if you have auto-connect enabled, hackers can get access to the names of your other trusted networks, giving them even more tools to get into your personal data. Look, it’s definitely annoying retyping your password each time, but if you disable auto-connect when you login for the first time, your device will still save the credentials. That way, you’ll only be required to manually click the network name each time you want to logon. Additional Wi-fi security for a single extra click isn’t a bad tradeoff at all.

Use a VPN Service

Ever heard the old saying about meeting a bear in the woods? You don’t have to be faster than the bear, just faster than the hiker next to you. Having layered network security makes your data a much less inviting prospect than someone without any precautions.

Hackers are becoming more sophisticated every day, and while being mindful of which networks you connect to is a great start, it will only get you so far. That’s where VPNs (Virtual Private Networks) come in.

A VPN essentially masks your internet activity, including your IP address and network location. Therefore, instead of connecting directly from your device to a desired network, a VPN acts as an intermediary network, simultaneously encrypting and transmitting your data. For a user, once you’re connected to a VPN, all your online activities are now protected by a layer of anonymity that makes it incredibly difficult for others to track.

In addition to protecting your data and personal information from hackers, VPNs have amazing secondary benefits. Internet service providers (ISPs) have come under increasing scrutiny for their policy of ramping down, or throttling, the bandwidth speeds of high-volume users. When you use a VPN, your ISP no longer can see your browsing history and throttle your data. Additionally, since your ISP can route your connection through a chain of different (and usually lagging) pathways, using a VPN often allows you access to more varied (and faster) connections.

For users in restrictive countries that censor certain content (news sites, political opposition, social media, etc), VPNs are invaluable in promoting freedom of speech and global awareness without the slant of propaganda.

Luckily for the technically unsavvy (which includes myself and 80% of the population), getting and using a VPN is no harder than downloading an app. I have a wife and two children, so device and network security is a big deal for me, especially while my kids are at an age where they need internet access, but are still too young to understand the dangers involved.

With over 30 million downloads to recommend it, I tried a VPN through Private Internet Access (PIA). According to their own website, they never record or store your data, and they have court records to prove it. In the past, authorities have requested data from PIA, and they’ve proven to the courts that there are no logs. A single account provided me protection for up to 10 devices, which was more than enough to cover two cell phones, my kids’ tablets, and a smart TV with streaming apps.

Fun fact, if you’re a US user and swap your country’s network to a different region, you can access different streaming service content, since their shows are contract-based and often vary significantly by country.

The process was simple: purchase your subscription, download the app, and log in with the credentials sent directly to your inbox. Seconds later, I was surfing and streaming just as I was before, but now I knew my data was protected.

After playing with the VPN for a few days, I found my internet speeds improved, and best of all, this VPN also has a Mace feature that blocks domains used for ads, trackers, and malware.

Do yourself and your loved ones a favor by using the steps outlined above to protect your data cheaply and easily. For just a few bucks, a VPN is truly one of the best investments you can make, giving you digital peace of mind by keeping your private information away from hackers and corporate targeted ads.

If you’re still unprotected, right now PIA is offering discounted promotional rates, so give it a try. You’ve got nothing to lose except your personal data and enough pocket change for a can of Four Loko…