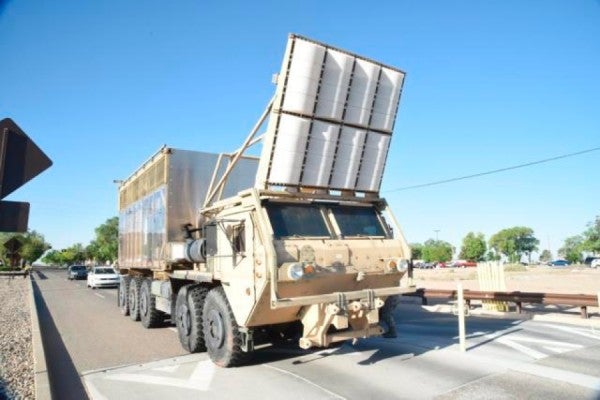 The Air Force Research Laboratory at Kirtland Air Force Base has turned its massive MaxPower microwave defense system over to the U.S. Army for new rounds of research and development.

The system, which the AFRL built to destroy improvised explosive devices, will now be housed at New Mexico Tech’s Energetic Materials Research and Testing Center near Socorro. The center, which includes a 40-square-mile field laboratory in the mountains adjacent to the university, has been used for explosives research and testing by NM Tech for government and private clients for more than 60 years.

The Army’s Armament, Research, Development and Engineering Center took over the MaxPower program this week.

The system packs a full gigawatt of concentrated electromagnetic power into an armored truck. That’s one billion times the power of an average home microwave oven, allowing the vehicle to instantly destroy IEDs as it cruises through battle zones.

AFRL’s Directed Energy Directorate at Kirtland built the system for $50 million from 2007 to 2012, and then deployed it for nine months of testing in Afghanistan. Since then, it’s been housed at the AFRL’s High Power Microwave division, where lab scientists and engineers continue to work on new microwave systems that can be used to destroy enemy targets without harming people or infrastructure.

MaxPower, however, is the only microwave weapon to date to be deployed on the battlefield. The Air Force also brought a nonlethal, vehicle-mounted Active Denial System, or “Pain Ray,” to Afghanistan. It causes a burning sensation on skin to disperse crowds or force people to drop their weapons, but it was never used.

“MaxPower was one of the first Directed Energy systems that we deployed and used in theater,” said AFRL High Power Electromagnetics Division lead Mary Lou Robinson in a statement. “Active Denial was deployed but never turned on. MaxPower overcame that fear, hesitation, and stigma of using something in the theater that you can’t see, and it was used many times.”

The vehicle was on point for 19 combat missions with convoys across IED-infested roads and highways in Afghanistan, said 2nd Lt. Daniel Gum of the Directed Energy Directorate.

Robinson said the Army is interested in technology that provides effectiveness against explosive hazards and improvised threats, and AFRL will be ready to provide assistance as the project moves forward.