The B-1B Lancer, the backbone of the U.S. strategic bomber force and favorite aeronautical middle finger to North Korea, will … Continued 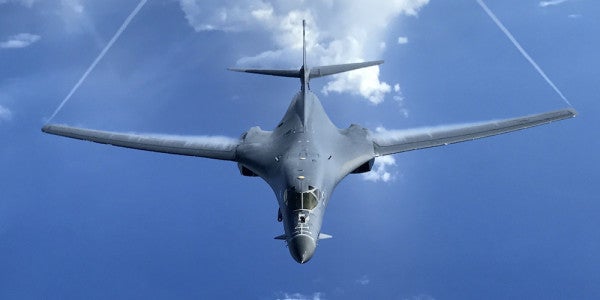 Those updates put the B-1B Lancerin the middle range when it comes to AFGSC’s modernization efforts. The B-52 Stratofortress is in the middle of a full-blown modernization designed to keep the legendary long-range bomber flying for a full century; by contrast, the branch seems entirely unconcerned with the B-2 Spirit stealth bomber that went into service in 1997 — so much so that Schmidt told Aviation Week of the branch “ have full-scale fatigue testing going on in that platform.”