Boeing recently unveiled a conceptual model for a new hypersonic jet that would replace the SR-71 Blackbird, according to Aviation Week Aerospace … Continued 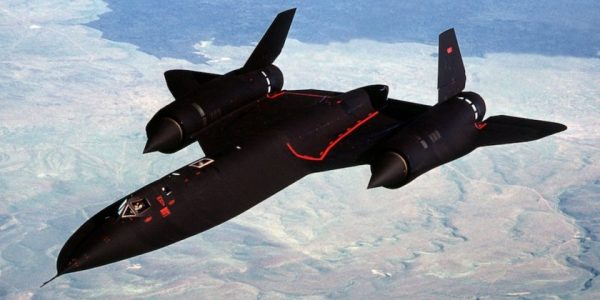 Boeing recently unveiled a conceptual model for a new hypersonic jet that would replace the SR-71 Blackbird, according to Aviation Week Aerospace Daily.

The conceptual model was displayed at the American Institute of Aeronautics and Astronautics SciTech forum in Orlando.

The “airplane concept and associated technology are targeted for a hypersonic ISR (reconnaissance)/strike aircraft that would have the same type of mission as the SR-71,” Boeing spokeswoman Sandra Angers told Business Insider in an emailed statement. “In that sense it could be a future replacement for the SR-71.”

“It's a conceptual model for an eventual demonstrator, but no one has committed to building a reusable hypersonic demonstrator yet,” Angers added. “We're constantly looking to advance concept in technology areas that could someday be asked for by the customer.”

Boeing is one of the largest defense contractors and political donors in the US.

Angers also told Business Insider over the phone that the future generation concept would be able to hit speeds of more than Mach 5.

Aviation Week also reported that Boeing “envisions a two-step process beginning with flight tests of an F-16-sized, single-engine proof-of-concept precursor vehicle leading to a twin-engine, full-scale operational vehicle with about the same dimensions as the 107-ft.-long SR-71.”

Boeing has already experimented with two unmanned hypersonic planes, the X-43 and X-51, according to Popular Mechanics.

In 2013, Boeing tested the small X-51, which hit speeds of Mach 5.1 for more than three minutes before crashing into the ocean, Popular Mechanics reported. The X-51, however, was dropped from a B-52 and used a jettisoned booster to reach Mach 5.1.

Boeing's conceptual design will have to take off and land on its own, which is much harder, Popular Mechanics reported.