Bowie Knives, Swords, And Daggers Are About To Be Street-Legal In This State

Bowie knives, swords, spears, daggers and machetes, all of which have been illegal to carry in Texas for years, will … Continued 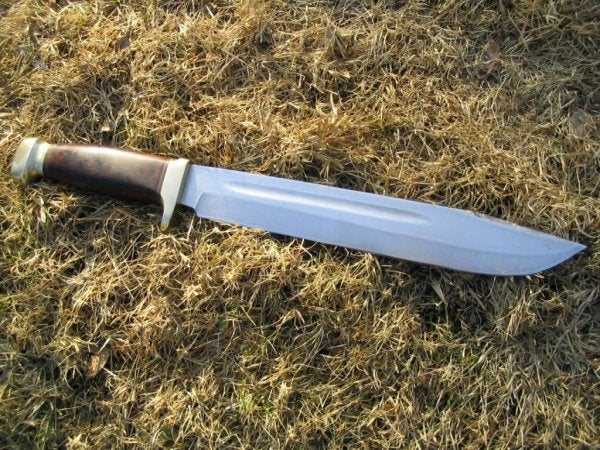 Bowie knives, swords, spears, daggers and machetes, all of which have been illegal to carry in Texas for years, will be back on the streets beginning Sept. 1.

Any knife sporting a blade longer than 5 1/2 inches will now be legal to carry in the state — a few restricted areas remain — under a plan approved by Texas lawmakers and signed into law by Republican Gov. Greg Abbott.

“This bill simplifies the complexity in our current knife laws, which can be confusing for Texans,” state Rep. John Frullo, a Lubbock Republican who sponsored House Bill 1935, has said.

There’s already a lot of buzz about the new law.

“People are talking about it a lot,” said Matt Salazar, store manager at House of Blades in Fort Worth. “Our customers are knife gurus. They tell us this stuff before we even know about it.”

All that talk about knives hasn’t translated into growing sales — yet.

“But there’s definitely an increase in interest,” Salazar said.

Though legal in public, the knives are still off-limits in some areas, such as schools, churches, jails, polling places and many bars. Anyone who carries them into restricted areas will face a Class C misdemeanor, which comes with a fine of as much as $500.

Knife aficionados cheer the new law, but already are talking about heading back to the Texas Legislature in 2019 to see what lawmakers can do about removing the remaining restrictions.

“We won’t stop until Texas is as free as everyone thinks Texas is,” according to a statement from the Knife Rights advocacy group.

Texas lawmakers have whittled down various knife laws through the years.

Many point to 2013 as the year the switchblade ban was repealed, letting Texans publicly carry knives with blades that fold, retract, or close and open automatically.

And in 2015, HB905 made knife laws uniform across the state, stopping communities from approving or enforcing ordinances stricter than state laws.

This year’s law repeals the state’s 1871 ban on Bowie knives and removes other long knives — such as dirks, poniards and stilettos — from the prohibited weapons list in the state’s penal code.

But just because the law is changing, that doesn’t mean Texans will suddenly start walking down the street strapped down with swords and Bowie knives.

“It’s like when open carry became legal in Texas,” Salazar said. “During that first week, you’d go to Walmart and see people open carrying their guns because they could.

“But after that, it got real quiet.”