You Can Destroy Just About Anything With This ‘WTF Rifle’

Have you ever wondered what it would take to drop a charging Tyrannosaurus Rex? If so, then this gun might... 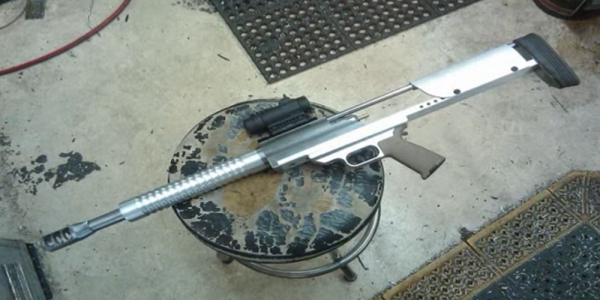 Have you ever wondered what it would take to drop a charging Tyrannosaurus Rex? If so, then this gun might be the answer, though cannon may be a better description for it.

A YouTube video posted by the rifle’s creator shows this beast in action, with a string of shooters testing it out from the standing position.

Dubbed the “.700 WTF rifle”, it’s a custom-made rifle that fires a .700-caliber slug at 1,600 to 1,800 feet per second. It’s like an upgraded elephant gun. Seriously, this cannon can destroy anything, including your shoulder.

If Jurassic Park ever becomes a reality, let’s hope the park rangers get issued these bad boys.