China May Build A Diving Guided-Missile Ship, And The Plans Look Nuts

The Chinese navy may be putting a new spin on a classic warship: It’s looking into the possibility of giving... 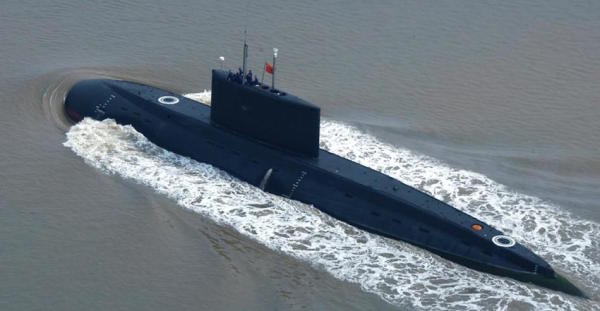 The Chinese navy may be putting a new spin on a classic warship: It’s looking into the possibility of giving missile-laden arsenal ships submersible properties, enabling them to hide stockpiles of missiles, undetectable to radar, below the ocean surface.

The Chinese are exploring two arsenal-ship versions, according to Popular Science: One is a high-speed surface warship that can submerge at will, while the second is more similar to a traditional submarine.

What could a submersible surface ship do that a conventional submarine can’t? It could go really fast on the surface, thanks to a hydroplaning hull, Popular Science reports:

For stealth operations, the arsenal ship would have most of its hull inherently submerged, with only the bridge and a few other parts of the ship above the waterline, reducing the radar cross section. But when traveling with a high-speed naval taskforce, the arsenal ship will sacrifice stealth to use its flat hull bottom to hydroplane at high speeds, cutting across the waves like a speedboat or amphibious armored vehicle.

The alternative plan calls for a platform that behaves similar to World War II submarines, Popular Science writes — typically staying at the surface, but able to completely submerge for stealth.

The concepts have been in the works since 2011, but anticipation is building. According to Popular Science, the diving missile ship’s “proof-of-concept is under construction at Bohai Shipbuilding Heavy Industrial Corporation, to be launched after 2020.”