Some good news for surplus rifle lovers broke this week with reports that as many as 86,000 M1 Garands could... 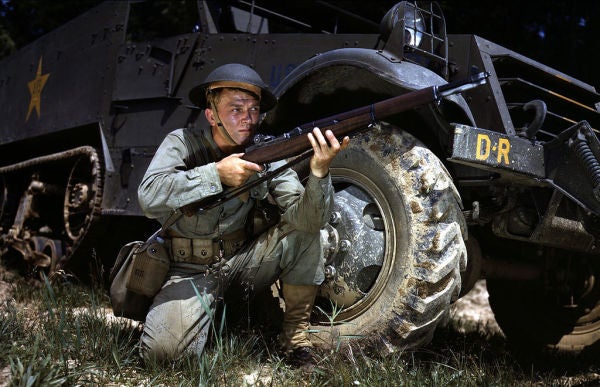 Some good news for surplus rifle lovers broke this week with reports that as many as 86,000 M1 Garands could be returning home. The Civilian Marksmanship Program, or CMP, will soon receive tens of thousands of rifles formerly loaned to the Philippine government.

The iconic infantry rifle, used by U.S. troops throughout World War II and the Korean War, is an extremely popular surplus rifle among collectors and plinkers alike. Once these rifles are returned to the Army, they will be donated to the CMP, which will then refurbish and grade them, before offering them to members of the public who sign up for the program.

As a federally chartered, nonprofit organization that promotes firearms safety, training, and marksmanship, the CMP has supported itself for many years by selling off surplus U.S. military firearms to qualifying individuals. In the past, these have included the M1903 Springfield, M1 Carbine, M1 Garand, and M1911A1 pistol. Naturally, over the years the stocks of these iconic firearms have shrunk.

These firearms of getting harder to come by. Guns.com reports:

In 2010, the organization’s most numerous firearm, the M-1 Garand rifle was limited to just 125,000 guns on hand that included complete rifles, stripped receivers, and welded drill rifles. Since then, the Obama administration repeatedly blocked efforts to bring surplus donated military rifles back from overseas allies looking to rid themselves of obsolete hardware. As noted by the CMP’s sale page on the rifle, most common variants became sold out in the past two years.

The Philippine rifles represent a small fraction of the hundreds of thousands of weapons lent to U.S. allies during the Cold War. Since the weapons are officially still owned by the U.S. government, the CMP is only responsible for the cost of shipping the rifles back to the states. The condition of the Philippine Garands is still unknown with many used for training and drill purposes, while others have seen hard service with police and military units.