Colt Is Bringing Back The Iconic Vietnam War Service Rifle

Vintage military surplus small arms have always been popular among the shooting community. Small arms from both world wars are … Continued 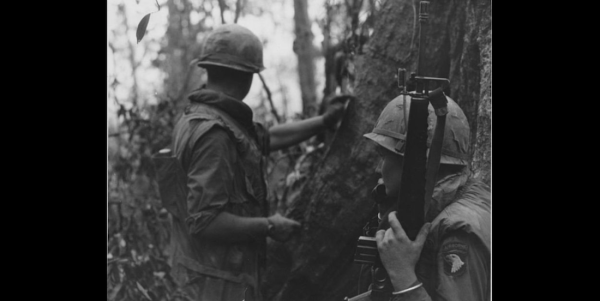 Vintage military surplus small arms have always been popular among the shooting community. Small arms from both world wars are old enough to classified as “curio and relics” by the Bureau of Alcohol, Tobacco, Firearms and Explosives, making them easier to obtain. In particular, weapons pivotal in U.S. military history like the M1 Garand and M1903 Springfield still command interest from gun owners; and the Garand can even still be purchased directly from a government-sponsored program.

But authentic weapons from a more modern era of American military history are often difficult to source due to changes in firearms law and military policy. The M16A1 is such a weapon; it was the iconic rifle of the Vietnam War, but regulation regarding full-auto weapons made it prohibitively expensive to own a fielded rifle, and piecing to togther a replica was a laborious process. But now the M16A1 is being brought back by its original military manufacturer, Colt’s Manufacturing Company.

Related: Why The AR-15 Is America’s Favorite Firearm »

Colt is calling this release the “M16A1 Reissue” and that’s a testament to how detailed this rifle is to the original weapon issued in Vietnam. It’s also an indication of how much has changed in the AR-15 platform since it was introduced. Unchanged is the 7075-T6 hard-anodized aluminum receiver, which has remained the mil-spec standard. The reissue features what was the standard barrel configuration at the time: 20 inches, chrome-lined, with a 1:12 rifling twist rate (Twist rate is the distance the rifling takes to make one complete revolution; in this case once per 12 inches). 5.56mm bullets have gotten heavier since the original 55-grain M193 round, so the rifling has gotten “faster” to stabilize heavier ammo: The M4 carbine features a 1:7 twist rate barrel. Barrel length has changed as well, with the long 20-inch barrel of the M16 family falling out in favor of shorter carbines.

Externally, the gun features the iconic “furniture” of the M16A1: the triangular handguards, three-prong “tuning fork” flash hider, integrated carry handle, A1 butt stock and pistol grip, and the “teardrop” forward assist. The forward assist is the most infamous addition to the M16A1, and was part of an attempt to resolve the reliability issues that severely dogged the original M16 in Vietnam. If fouling prevented the bolt from fully locking forward (known as going into battery), troops could hit the forward assist to ensure a round was chambered. A modified version of the A1 forward assist is still present on most military and civilian AR-15 style rifles, though its usefulness in the modern era is still matter of debate. There is notably no brass deflector, so left-handed shooters will experience some close encounters with ejecting casings.

101st Airborne trooper carrying an M16A1 during the Vietnam War (circa 1969).Photo via Wikimedia Commons

The reissue has excellent attention to detail. The rifle will feature fully period accurate markings, right down to AUTO being marked on the fire selector, although the rifle remains capable of semi-auto fire only. Perhaps the biggest throwback is that the gun weighs just over six pounds. The M16A1 came long before there were whole a lot of viable accessories besides a sling, and before standards like Picatinny rails were developed to mount them. Many of the parts on the M16A1 are harder to find spares for these days; plastic handguards and the original A1 buttstock have given way to retractable stocks and accessories rail systems in the modern AR-15.

All this historical realism isn't cheap, though. The reported manufacturer's suggested retail price for the gun when it reaches distributors in early 2017 will be $2,499. Given how crowded the AR market is, why would anyone pay that price? The same reason people want to own any historical firearm. It’s a snapshot in time. It’s an example of how conventional thinking on infantry rifles was being radically challenged by advances in materials and bullet design. And it’s an artifact representation of the military experience in Vietnam, much like the M1 Garand is for World War II. Other companies have started to produce Vietnam-era replicas, too. Troy Defense is offering two reproductions of Vietnam-era special operations carbines: the GAU-5A/A, carried by the famous Son Tay Raiders, and the XM117E2, used by the elite Studies and Observation Group in mission in Laos and Cambodia. And Colt has plans to expand its production line beyond the M16A1. Some companies have even begun producing replicas from the Global War on Terror

Firearms with a military pedigree have always been a fixture for gun owners, and the M16 is no different. Since it entered service over 50 years ago, the M16’s influence has remained constant. Its design remains in military use all over the world, and the AR-15 it sprang from has become one of the popular guns to enter civilian hands. For those with the cash to part with, Colt has offered to opportunity to see where that legacy began.