Communication through the ages and an epic sweepstakes 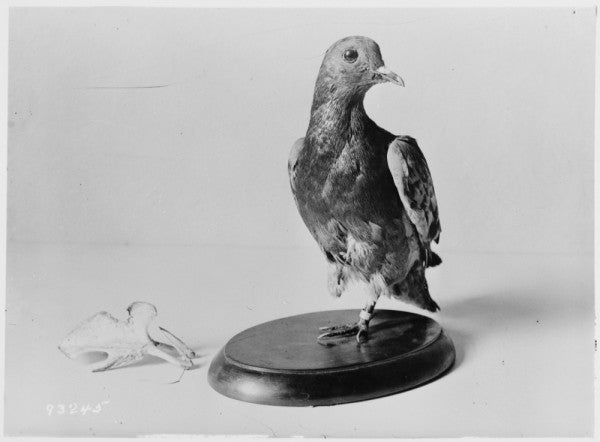 It wasn't so long ago that we spent our Friday nights in a Blockbuster video store, strolling through the aisles looking for movies (and dates if we're being honest with ourselves) and now, there's only one Blockbuster left in the world. Thanks, Netflix. Just as video has come a long way, so too, has our communication.

Despite those catchy lyrics of the Hamilton Soundtrack, communication was pretty tough during the 1700s. It's why Alexander had to write all those letters which were frequently transported via horseback or boat … since that's not time consuming. Plus fountain pens. And, who could forget, “One if by land, two if by sea.” That's right, folks. We communicated by lanterns. Horses and fires. Neigh.

Things were progressing nicely for communication by the time we started fighting our neighboring states in the Civil War. Maybe camaraderie wasn't so hot, but at least comms were on the up and up.

The telegraph made its way onto the scene in America in 1844 with Mr. Samuel Morse himself, and by 1861, Western Union had wired the country from east to west. Telegrams gave nearly instant transmissions that were decoded by operators and delivered by “runners.” A U.S. Military Telegraph Corps was established in 1861 which played an integral role in transmitting messages to and from the battlefields.

As if that wasn't enough, in July 1861, President Abraham Lincoln appointed a Chief Aeronaut of the Union Army Balloon Corps (P.S., it was Thaddeus Lowe if that pops up – pun intended – on a future Jeopardy question). So balloons and telegraph. Faster than ponies and quill pens, but still not quite texting.

Fortunately major strides were made in communication (and all the states getting along) between the Civil War and World War I. Most notable was the invention of the telephone by Alexander Graham Bell in 1876, which alongside the telegraph was the most widely-used form of communication despite being incredibly easy to intercept and to bomb the lines. Details.

While maybe not quite as popular, but definitely way more awesome: carrier pigeons were integral to this war. Yes, birds with little canisters attached to their legs with messages were sent into the sky and somehow 95% of them completed their missions. Dogs were also used for running messages back and forth. Animals for the win.

While the official communication means were vastly improving, service members still relied heavily upon writing letters to their loved ones. With redaction teams ready to blackline your words and monitoring everything that went out, it often took weeks or months for letters to be sent or received. Spouses frequently numbered their correspondence. Nothing like getting a “The funeral was lovely” letter before you find out that it was your wife's 3rd cousin that she didn't really like, who died.

By the 1990s, telephones were household items (even if you didn't have call waiting), satellite phones were being utilized in remote locations and all sorts of new software was making communication on the battlefield easier.

On the home front, it was much of the same but with some advancements: writing letters back and forth, sending video tapes with recorded messages and if you were feeling super romantic: an epic mixed tape that you dubbed off the radio.

It's incredible how much communication has evolved since not just the Revolutionary War (obviously) but since the beginning of the Iraq War in 2003. Spotty Skype service has been replaced with better Skype service and FaceTime, letters have largely turned to emails and texts.

And, instead of calling collect or using phone cards, if you switch to Sprint now, you can get the Unlimited Military plan and save 50% off family lines. As if that wasn't enough, enter now to win their $50,000 Military and Veterans sweepstakes. Picture the possibilities of what you'd do with $50,000 in your pocket. We bet that would buy a whole lot of carrier pigeons.

50% off family lines 2-6 Unlimited Basic rates. Excludes taxes, surcharges and roaming. Speed maximums and use rules and restrictions apply. Sweeps: No Purch. Nec. ends 6/30/19. 18+ employees or members of an eligible Company. 50 US/DC only. Void in PR & where prohibited. To enter, for rules and savings, visit: www.sprint.com/tangomike.