There’s a common saying in the Corps: “Nothing is Marine-proof.” A determined lance corporal with enough time on his hands... 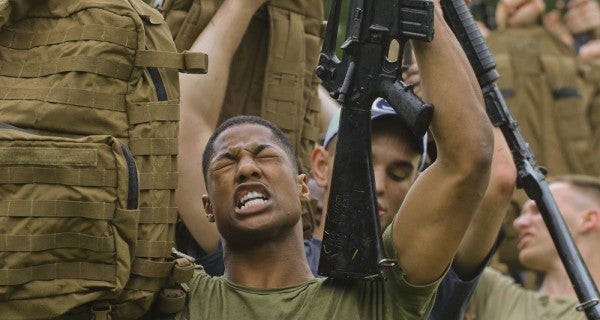 There’s a common saying in the Corps: “Nothing is Marine-proof.” A determined lance corporal with enough time on his hands and limited supervision could find a way to break a ball bearing. Which makes Marines the perfect testers for new “rugged” gear, and explains why the Marine Corps seems so confident that it’s new pack frame is built to last — at least, until Marines get bored, and their SNCO walks away for a smoke break.

The new reinforced Marine Corps pack frame, which will replace the legacy frame that’s been in service since 2011, is scheduled to hit the fleet in fall of 2018. It was kicked; sat on; lugged through frigid temperatures in Norway; tossed from a cherry picker; and shot repeatedly with 7.62mm. Nevertheless, it persisted.

The decision to redesign the frame dates back to 2013, when issues with the legacy pack frame first emerged — meaning a bunch of a Marines at School of Infantry—West in California kept destroying their rucks. And issues with the frame continued from there, with breakages reported in 2015 and 2016 during cold-weather training in California and in Norway — the frames got so frigid, they simply snapped.

“We took the feedback we got and used it to inform how we could best reinforce the pack frame, while avoiding substantial weight increase or changes in fit and form,” Mackie Jordan, an infantry combat equipment engineer, said in a Marine Corps statement.

The new frames are being tested in extreme temperatures, where they’ll be assessed on fatigue, cracking, or stress marks in zero-degree conditions for up to one week. Assuming they pass muster, fielding of the new packs will begin in fiscal year 2018 and the legacy frames will be phased out.

Until then, Marines using the older frame (especially those out in the snow) should resist the urge to hurl their packs on the ground… or from cherry pickers.