Picture this: You are a 20-year-old enlistee. After a long day, you log into Facebook to read a few news … Continued 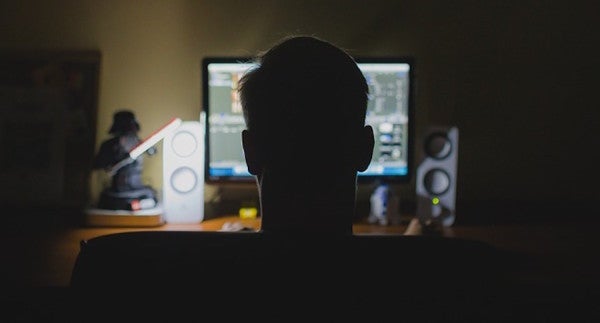 Picture this: You are a 20-year-old enlistee. After a long day, you log into Facebook to read a few news stories, watch a YouTube video or two, check what’s going on with your family at home, but instead you find a message request waiting for you.

A beautiful girl says she wants to get to know you, so you give her your phone number. After a few days of exchanging texts, flirting, learning about her, she asks you for a photo. You oblige, and she, of course, reciprocates. It’s hot and heavy … that is, until you get a message from her father.

He’s outraged. She’s underage, and that makes you a pedophile for having photos of her. The only way to keep your job, and to avoid jail, he adds, is to wire $5,000 dollars as soon as possible.

She’s not the victim, however. You are. And the crime is called “sextortion.”

Facebook’s security team first identified sextortion in 2012 and found that it was heavily aimed at service members. They immediately reached out to the Naval Criminal Investigative Service to see what they could do to stop it.

NCIS Division Chief Megan Bolduc told Task & Purpose, “Facebook security actually reached out to us and said that in this particular scam, military members were being targeted.”

Sextortion, as it turns out, typically targets young men in the case of the military. These criminals prey on junior enlisted service members, who are particularly attractive because they are single, away from home, and frequently active online.

In general terms, sextortion is a cybercrime. However, there are two types.

“They’re seduced into engaging in online sexual activity, which most of the time are recorded without their knowledge,” NCIS analyst Katherine McDonald said in interview with Task & Purpose. “Or there is an exchange of photographs.”

With the first, more traditional approach, the perpetrator threatens to share the images or videos. This, McDonald said, is happening more on an international scale, particularly by perpetrators from the Philippines.

The second type of sextortion is newer, more aggressive, and happening right here in the United States.

Unlike the former, it involves an attractive woman tricking a service member into willingly giving and receiving sexually explicit photos and videos by building a rapport with him. After an exchange occurs, a “father figure” goes after him for exploiting his supposedly underage daughter.

Monetary compensation is then demanded by the father in order to buy his silence.

The entire scenario is carefully constructed. And while the service member has not actually engaged in illegal activities with a minor, it can be hard for him to know that. Instead, in an effort to keep the alleged father from going to the authorities, he generally will pay whatever is asked.

“Our perpetrators are intelligent in the sense that they know our military members have a steady income,” she added.

In addition, the military’s code of conduct makes service members perfect for extortion because these criminals know they can prey on their honor, even going so far as to cite Article 134 under the Uniform Code of Military Justice, according to Bolduc. In order to preserve their jobs and reputations from the exposure of sexually explicit photos and videos, service members will pay unseemly amounts of money.

McDonald said she has seen cases where a young enlistee has lost upwards of $11,000 dollars.

And cases are on the rise. Since 2012, McDonald has seen more than 300 Marine Corps and Navy members come forward with sextortion claims. And nearly 50% have actually given money to these scammers.

It’s the same across the services, with Army and the Air Force reporting similar phenomena.

“After additional research, we did identify they were trending upward,” Bolduc said. “So we did a joint seal DoD pamphlet to educate across the various services, along with the Defense Criminal Services as well.”

The figures don’t provide a clear picture of how often this is happening in the military, either. Sextortion is underreported because many service members harbor feelings of embarrassment and concern regarding potential consequences of their actions.

Sextortion is on the rise outside of the military as well. The Brookings Institute released a report in May 2016, which explained that “the problem of this new sex crime of the digital age, fueled by ubiquitous Internet connections and webcams, is almost entirely unstudied.”

According to McDonald, what service members should do if they think they may be victims of sextortion, is to tell the commanding officer — but more importantly, don’t pay anyone.

It is vital, in any case, that you save any and all correspondence so that the investigative office for your branch can trace who is actually committing these crimes.